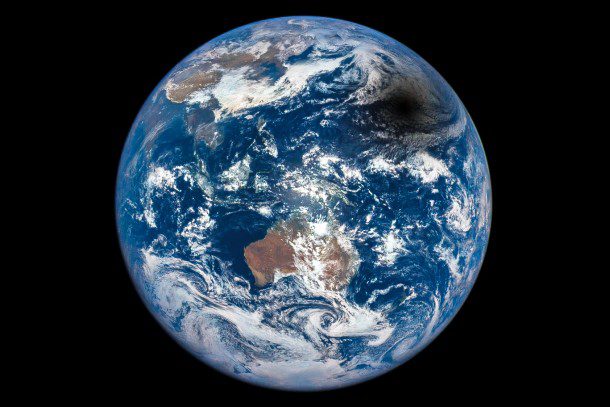 These images were acquired on March 9, 2016, by NASA's Earth Polychromatic Imaging Camera (EPIC), a four-megapixel charge-coupled device and Cassegrain telescope on the DSCOVR satellite. The bright spot in the center is sunglint”the reflection of sunlight directly back at the EPIC camera. (Credit: DSCOVR EPIC team) 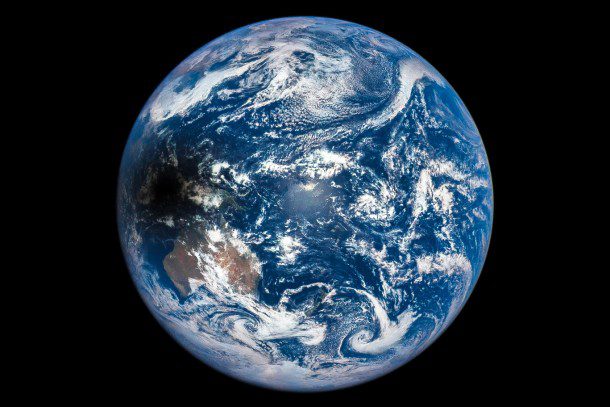 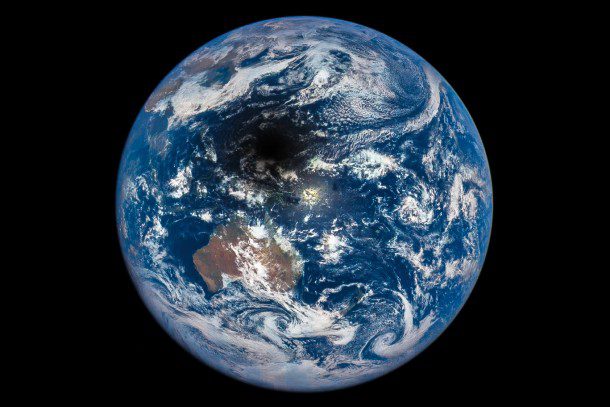 On March 9, 2016, and approximately 1 million miles from Earth, NASA's Deep Space Climate Observatory (DSCOVR) captured the shadow of the Moon moving across Earth's sunlit face. The only total solar eclipse of 2016 moved across the Indian Ocean and past Indonesia and Australia into the open waters and islands of Oceania and the Pacific Ocean.

What is unique for us is that being near the Sun-Earth line, we follow the complete passage of the lunar shadow from one edge of Earth to the other, said Adam Szabo, NASA's project scientist for DSCOVR. I am not aware of anybody ever capturing the full eclipse in one set of images or video.

According to Szabo, the satellite normally collects images at all 10 wavelengths about once every 108 minutes (with just one image at full resolution). For the eclipse, the EPIC team collected full-resolution images every 20 minutes on just the red, green and blue channels, allowing the satellite to collect 13 images spanning the entire four hours and 20 minutes of the eclipse.

The next total solar eclipse will take place on Aug. 21, 2017, with the moon's shadow traveling across the central United States.