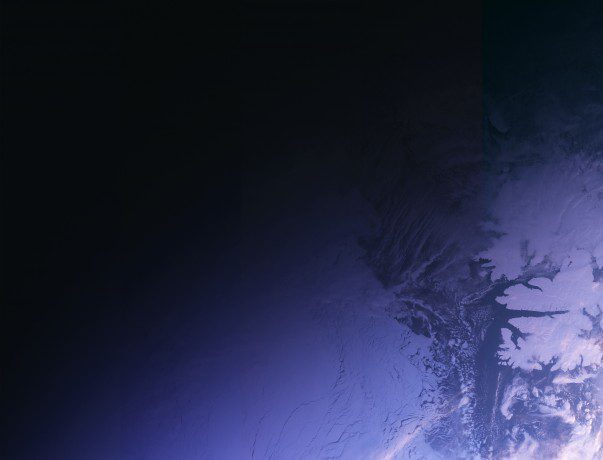 This historic first image was taken over Norway on Feb. 29, 2016, by Sentinel-3A's Ocean and Land Colour Instrument. (Credit: Copernicus data (2016))

On Feb. 16, 2016, the European Space Agency (ESA) Sentinel-3A satellite was successfully launched from the Plesetsk cosmodrome in northern Russia. Sentinel-3A carries a suite of instruments that will measure Earth's oceans, land, ice and atmosphere, providing information in near-real time for ocean and weather forecasting as part of Europe's Copernicus program. 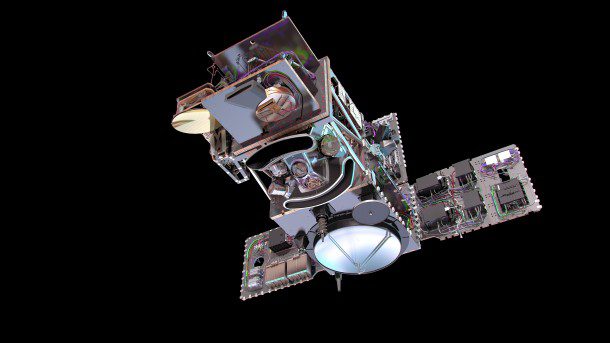 Each Sentinel-3 satellite carries four instruments that work together to provide systematic measurements of Earth's oceans, land, ice and atmosphere. These measurements will be used to monitor and understand large-scale global dynamics as well as ocean and weather forecasting. (Credit: ESA/ATG medialab) 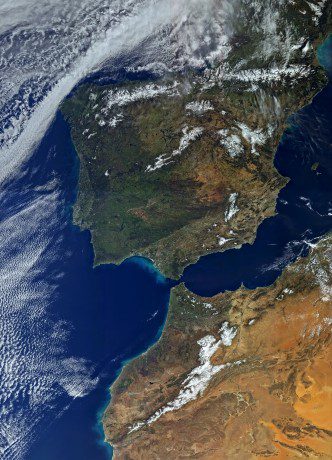 Another early Sentinel-3A image features Spain, Portugal and North Africa, showing the Strait of Gibraltar between the Atlantic Ocean and Mediterranean Sea. Swirls of sediment and algae in the seawater can be seen along the southwest coast of Spain and along the coast of Morocco. (Credit: Copernicus data (2016))

The satellite's instruments include the Sea and Land Surface Temperature Radiometer, which delivers high-accuracy temperature readings of Earth's surface at a spatial resolution of 500 meters for visible/near-infrared and short-wavelength infrared channels, and 1 kilometer for thermal infrared channels. The medium-resolution Ocean and Land Colour Instrument has 21 bands and a spatial resolution of 300 meters per pixel to map changing land cover as well as monitor ocean biology and water quality. The dual-frequency advanced Synthetic Aperture Radar Altimeter measures sea-surface height, ocean-surface waves, sea-ice extent, and the height of large inland rivers and lakes. And the Microwave Radiometer is used to correct measurements from the radar altimeter affected by water vapor in the atmosphere. 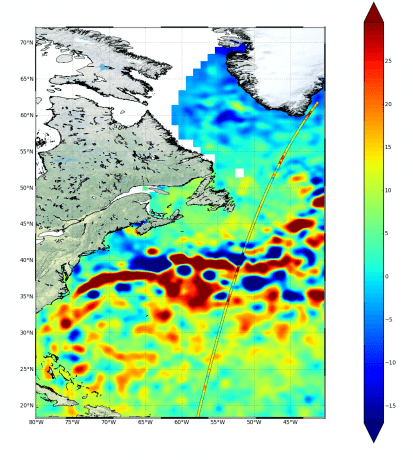 This is the first track measured by Sentinel-3A's Synthetic Aperture Radar Altimeter immediately after it was switched on. The instrument will be vital for monitoring changes in surface ocean waters, sea-state and sea-ice thickness. (Credit: Copernicus data (2016)/CMEMS)

The mission will be at the heart of a wide range of applications, from measuring marine biological activity to providing information about the health of vegetation, said Volker Liebig, ESA's director of Earth Observation Programmes. Given its extensive payload, Sentinel-3A is a real workhorse that is set to change the variety of data products provided to users.

The satellite delivered its first image on Feb. 29, 2016, showing the transition from day to night over Svalbard, Norway. Sentinel-3A will be joined in orbit by Sentinel-3B in 2017, providing a revisit time over almost any point on Earth of less than two days.