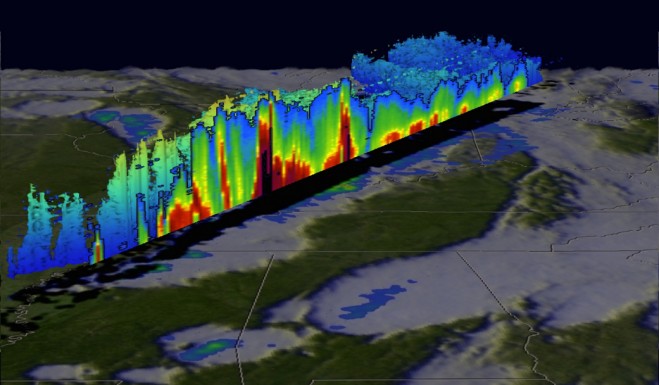 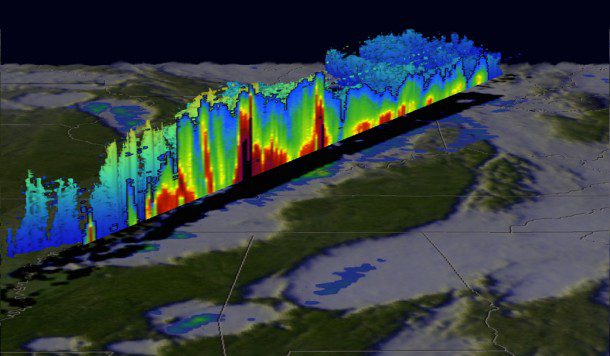 GPM data were used to create this color-enhanced 3-D slice through a line of storms on Dec. 23, 2015, that spawned tornadoes in Mississippi. (Credit: NASA/JAXA/SSAI, Hal Pierce)

Heavy rainfall, flooding and tornado outbreaks affected areas of the United States from the Southwest through the Midwest in late December 2015. Fourteen deaths were attributed to the deadliest tornadoes that hit Benton, Miss., on Dec. 23, 2015.

The Global Precipitation Measurement (GPM) satellite, an international mission between NASA and the Japan Aerospace Exploration Agency to provide observations of rain and snow worldwide every three hours, analyzed the extreme weather as it happened. GPM’s Microwave Imager and Dual-Frequency Precipitation Radar instruments recorded the violent weather occurring near the center of the satellite’s swath. 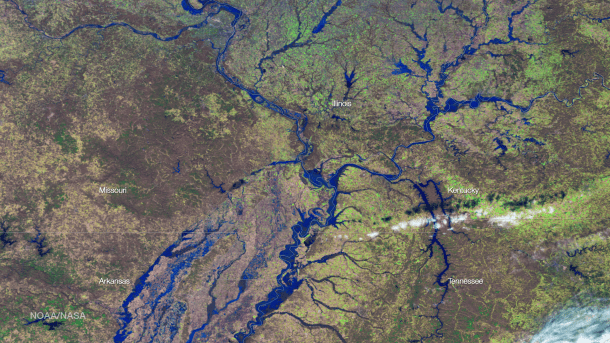 Effects of these storms were felt for weeks, as the heavy rains caused severe flooding along the Mississippi, Missouri, Illinois, Arkansas and Meramec rivers and their tributaries and valleys. Thousands of people were displaced by the flooding and at least 20 people died. Damage estimates are in the billions of dollars, as water in some locations rose nearly 20 feet above flood levels.