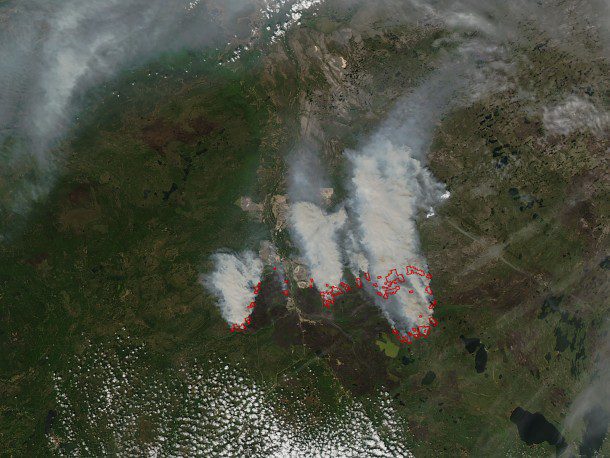 The Fort McMurray wildfire, which was first reported on May 1, 2016, and not declared under control until July 5, 2016, destroyed more than 2,400 homes and buildings and forced the evacuation of 80,000 people in Alberta, Canada. Although no one died directly from the fire, it is expected to be one of the most-expensive natural disasters in Canada's history, with insurance and firefighting costs expected to reach up to $5 billion, a figure large enough to negatively impact the country's overall economy.

The fire burned approximately 600,000 hectares (an area larger than Rhode Island), and more than 1,200 wildland firefighters, 50 helicopters and 180 pieces of heavy equipment were used to battle the blaze.

There can be bigger fires, but, in Alberta at least, rarely are they so close to so many people, noted Robert Field, a Columbia University scientist based at NASA's Goddard Institute for Space Studies.

Satellite observations first noticed the precursors to the fire, including unusual heat, gusty winds and rainfall totals well below normal. Intense heat coincided with a weather pattern called an omega block, where a large area of high pressure stalled the usual progression of storms from west to east. In Alberta, that left sinking, hot air parked over the region while the block was in place.

As the fire spread and wreaked havoc on Fort McMurray, an ubran service area that supports many workers in the nearby Athabasca oil sands, satellites began collecting a wealth of data and images of varying stages of the fire's growth.

Watch a powerful video of residents escaping the fire and ash at https://youtu.be/HrpKew5kgvA. 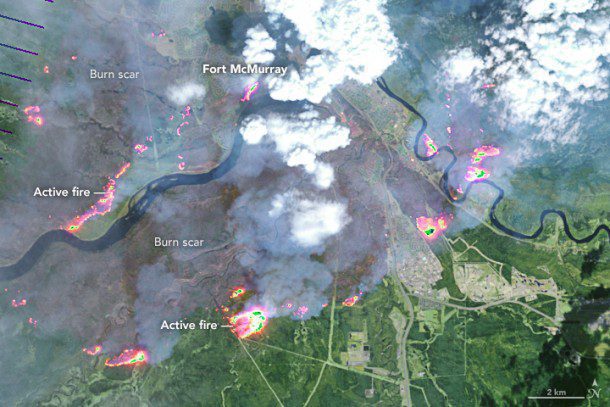 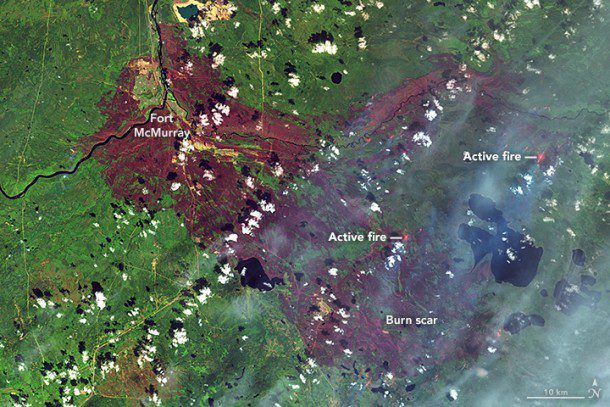