A FLIR Vue Pro camera has been mounted to a DJI Phantom quadcopter. With the ability to add GPS coordinates and flight data, the system can be used more easily for mapping, surveying and precision agriculture.

The company's thermal-imaging systems detect the infrared energy (heat) emitted by all people, objects and materials. Such cameras can see through darkness, weather and air pollutants such as smoke and haze. Because there is no color in heat images, the temperature data are processed into a maximum of 256 shades of gray to display as thermal images.

FLIR Vue and FLIR Vue Pro have the same thermal-imaging capabilities (see Specifications Chart, opposite page), but FLIR Vue Pro has added digital recording as well as the ability to collect 14-bit still imagery. In addition, with FLIR Vue Pro, the MicroSD card can be removed, or data can be retrieved via USB cable. And through its MAVLink integration system, information such as GPS coordinates and UAS flight-control information can be added to the data output.

There's these vast solar farms, and you've found a fault, but where is that fault? he asks. Now that you've got GPS data [with thermal imagery], you can pinpoint exactly where that fault is. 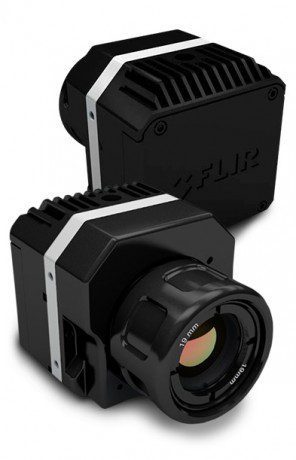 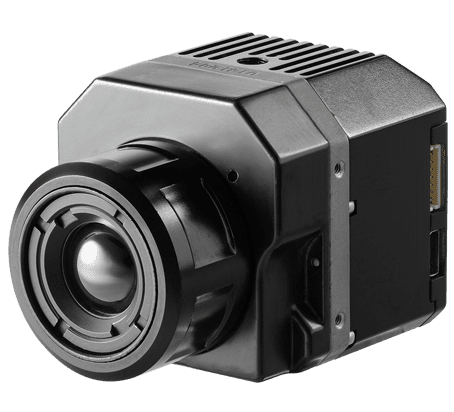 The FLIR Vue Pro camera can be controlled via smartphone over a Bluetooth wireless connection to select color palettes, start and stop recording, and trigger the camera's e-zoom function.