In the early spring of 2015, Maryland commuters returning home from the National Geospatial-Intelligence Agency's Springfield, Va., headquarters might have noticed a new state sign along the road, Welcome to Maryland! We're Open for Business! The new greeting is a distinct departure from the former, Enjoy Your Visit!

Around that same time, NGA announced its GEOINT Pathfinder initiative and metaphorically posted an open for business sign to the public. The initiative, according to Director Robert Cardillo, is an effort to reduce the barriers between the agency's bureaucratic system and the commercial market”a distinct departure from business as usual.

The intent of the initiative is to answer key intelligence questions using only unclassified data through a network of inhouse labs and offsite locations interconnected through a secure collaborative service.

The GEOINT Pathfinder was not the first initiative to go public. In April 2014, NGA launched its GeoQ application on GitHub, an online open-source version-control system. GeoQ is an open-source workflow tool used to assist with humanitarian assistance and disaster recovery by crowdsourcing analysis of traditional and nontraditional data on a Web browser, allowing the crowd to contribute to a common damage analysis, including source data such as location-tagged photos and video of disaster-affected areas.

GitHub is a nerdy software thing. But sitting down with [Cardillo] and showing it to him, his assessment of it was that it's a new way of doing business, said Rasmussen. It's part of the transparency efforts. Just because we have the word intelligence in our title, [it] doesn't mean secret.

Like other government agencies, NGA is moving toward a more-transparent public presence.

Transparency in government allows the public to see through the restrictive barriers to understand how an agency does business. Working in the open-source environment allows citizens to participate in the tradecraft and business of NGA”a challenging culture change for an organization borne of secrecy.

However, because initiatives like GeoQ and GEOINT Pathfinder are open that doesn't necessary mean public in the sense that anyone has access to it. Within that distinction lies a root source of resistance from some in the intelligence community. IC analysts resistant to a more-transparent status quo often cite security vulnerabilities as the reason not to do something, according to Rasmussen.

GitHub works on a trusted repository model”to gain access to code, you must be a developer. Changes are made to the code only after the suggested coding has been scrutinized and approved.

If someone sees a description of the content we've produced from GEOINT Pathfinder in Data.gov that is FOUO”that's much better than locking everything down within an FOUO system wholesale. You leave a descriptive breadcrumb at the lowest possible level for discovery and then you link up to the more restrictive set, said Rasmussen. But the fact is it's discoverable at the lowest level first.

Accessibility to Tradecraft and Business

Ray Bauer, an NGA innovation lead and GitHub Governance Board co-lead with Rasmussen, is someone Cardillo called disruptive, according to Bauer.

So, what I take he meant by that”which is good”is that I'm disruptive from the standpoint of what I am working on and trying to accomplish with GeoQ on GitHub is not status quo, said Bauer. Bauer champions adopting open source as much as possible and proposes that proprietary standards impinge on transparency because they limit accessibility.

We should use open and common standards like an OGC [Open Geospatial Consortium] and stop falling victim to proprietary data formats, said Bauer. Some of our vendors don't want us to do this because it doesn't bring money back in for software updates and upgrades, but I believe the future business model will revolve around data and analytic services, not software.

Much of what Bauer advocates requires a culture change.

For example, a lot of people are comfortable with their very expensive tool suites. And they are needed for certain missions, but they're not the only tools that could be used for what many of our analysts do today.

When analysts use open-source techniques like GeoQ, it allows real-time collaboration. Bauer claims it enables them to do their work faster, smarter and more efficiently while taking advantage of the exponential growth of data sources.

Industry leaders who do business with NGA couldn't agree more.

Open-source code is to a developer what open communication and trust is to an NGA business partner. And for several industry partners or would-be partners, the status quo is stacked in NGA's favor and just slightly less than opaque.

Ultimately, the intended consequence of transparency is to create a level playing field and build trust. To get there with its business relations, NGA has some work to do, according to some in industry.

The first step is real communications, collaboration and dialog with the understanding that communications need to be two way, said Keith Barber, an associate partner with OGSystems. Simply hearing the same message about transparency with no details seems to articulate that the agency has not ˜figured it out.'

According to Barber, NGA needs to provide insight into how decisions are made, provide clearer evaluation criteria up front and provide better visibility about the way things are actually procured vs. developed.

NGA created an online collaborative site to connect with industry and academia called the GEOINT Solutions Marketplace. Its purpose is to bridge the gap between NGA and solution providers by sharing interest areas.

Barber's company worked with the U.S. Geospatial Intelligence Foundation to stand up the Industry Solutions Marketplace. He said he feels that the linkage between GSM and ISM facilitates collaboration among users to gain insight into capabilities already built and used in other environments that could be adapted to operations.

This [linkage] can enable transparency and increase collaboration between capability providers and users, he said.

Kathy Pherson, CEO of Pherson Associates LLC, a woman-owned small business, said first and foremost to get to transparency [NGA must have] clarity of thought and communication.

To say, give us your good ideas and we'll decide what to do with them ” that's not transparent, said Pherson. Being transparent is being able to articulate the problem.

Fairness and honesty are foundational stones in an agency's path to transparency, and Rasmussen said that GSM allows for more of both.

GSM lowers the bar of entry for people to interact with us, with our ideas or with our open data, said Rasmussen. Let's say there's a problem we're working on. It goes out on GSM with a link to source code and documentation within GitHub. Source code with good documentation is a clear communication of how to help rather than esoteric insider language within BAAs [broad agency announcements], which are not recognizable to most outside the beltway.

Karyn Hayes-Ryan, NGA's component acquisition executive, is aware of the challenges and opportunities the current monolithic system of contracts and acquisition pose. But she said GSM is more than contracts.

It's also allowing us to share openly what we need and providing that mechanism for some of those solutions to be industry partnerships, said Hayes-Ryan. If a company has part of a solution, they can talk to others who are interested in that activity. We've got the collaboration tools within GSM for someone to say, ˜Hey, I've got part A of what [we] need. Does anyone out there have part B?

This is the way we have to be doing business to stay competitive in the future, said Hayes-Ryan.

More industry and academia collaboration, easier points of entry for a wider audience to interact in the agency's tradecraft and business practices, and initiatives creating a larger public conversation ” all signs welcoming outsiders to a state of greater transparency at NGA. 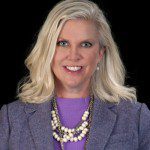