There's something incredibly powerful going on right now, something the USGIF refers to as the Geospatial Intelligence (GEOINT) Revolution. It represents the synergy of remarkable advances happening simultaneously across multiple technology areas. When combined, this cooperative interaction fundamentally changes our individual and collective ability to deal with our construct of spatial thinking and awareness, altering our ability to apply space over time to a range of tasks, missions and disciplines in a way we hadn't imagined.

Where Are We Headed?

I have been challenged to articulate where this revolution leads: to describe the end state. I'm working on it, but, in the interim, I think we can all see that blur beginning to come into focus.

I liked to point out that Uber was a location company that didn't own a single automobile. Recent reports, however, suggest that Uber may have spent up to $10 billion ordering 100,000 Mercedes S-Class vehicles. The whispering is that these vehicles, with advanced autonomous features already embedded, would serve as the platform upon which Uber would accomplish its not-so-secret goal of removing the most-inefficient part of its business model: the drivers. Uber and autonomous vehicles don't exist without the fruits of the GEOINT Revolution.

Precision agriculture is enabled by precision location devices and data as well as spectral imaging and analysis”game changers for the world's food producers. With more mouths to feed, adding one more row of soybeans”at massive scale”isn't trivial. The ability to harvest at the perfect time and be super efficient with chemicals increases yield and lowers costs. 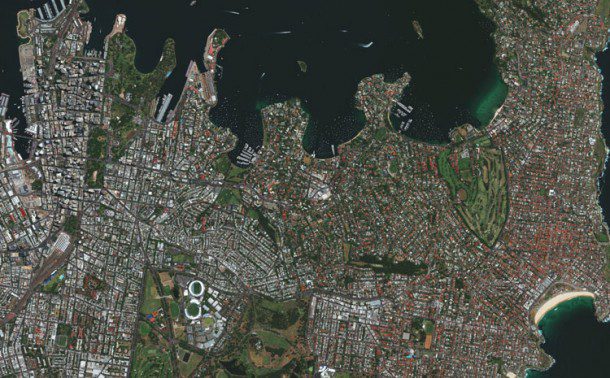 Marketing is becoming individualized with the ability to track and understand location and behaviors, compile histories and crunch all the data to make it meaningful at the point of decision for a consumer. There's a logical extension of thought to a darker side of this, but I'll save that for another day. At the macro level, of course, all this comes courtesy of the GEOINT Revolution.

This notion of GEOINT has taken hold in a way unimagined by those of us who were around for its birth. The term was quite literally made to morph the somewhat dysfunctional shotgun marriage between the imagery intelligence and mapping communities embodied in the National Imagery and Mapping Agency (NIMA) into a more future-looking National Geospatial-Intelligence Agency. By taking imagery and mapping out of the name, the idea was to provide something new for this consolidated workforce to rally around and own.

Although NIMA acquitted itself well and accomplished the missions its forefathers envisioned, the idea of GEOINT opened up entirely new possibilities, and the tradecraft came into its own through the post-9/11 era, honing its operations from the Philippines to Afghanistan to Iraq to the trans-Sahel. GEOINT was inexorably tied to intelligence and military operations, and, with the inflection point of Hurricanes Katrina and Rita, expanded to homeland security.

In 2016, it's pretty clear that GEOINT has gone viral. As I travel and speak with various audiences, including GIS professionals working at state and municipal levels, aerial-imaging providers, emergency managers, first responders, critical-infrastructure operators, transportation planners and humanitarian-assistance/disaster-relief operators, they're increasingly aware that their skillsets are necessary but insufficient. They recognize the need to understand how to access and integrate remotely sensed images with geospatial information of all types as well as how to manage the data and provide visualizations that make their products immediately intuitive. Beyond that, sectors ranging from oil and gas exploration and production to economic forecasting, consumer marketing and intermodal logistics all recognize the power of GEOINT to transform the way they do business.

One uniquely important component of the GEOINT Revolution is remote sensing, which is undergoing its own revolution. Drones, once the provenance of governments and a few hobbyists, have become commonplace”and most of them are built around imaging sensors. The technology is outpacing law and policy, and there's a Wild West sense about it all.

The global acceleration in remote sensing from space is fueled by cheaper launches, innovative business models and smaller satellite technology, among other things. With remarkable exuberance from investors, money is flowing into the space sector. And although certainly a global phenomenon, an inflection point here in the United States was Google's acquisition of Skybox. The subsequent rebranding to TerraBella, pointing to integration of on-orbit capabilities with the data, information, analytics and other strengths of Google, is indicative of new takes on remote sensing.

The arrival of Planet Labs, and the global fascination with pictures of its Doves being tossed out the International Space Station (ISS), suggested that things were indeed changing rapidly. Related to the ISS, Urthecast has yet another model for imaging Earth, mounting capability directly on the station, while announcing more-ambitious plans for going after other parts of the spectrum with future space-based sensors. Ursa Space's quest to put synthetic-aperture radar on orbit is another indicator that it's game on. (And although these examples of new remote-sensing companies and innovations are U.S.-based, the phenomenon is decidedly worldwide.) 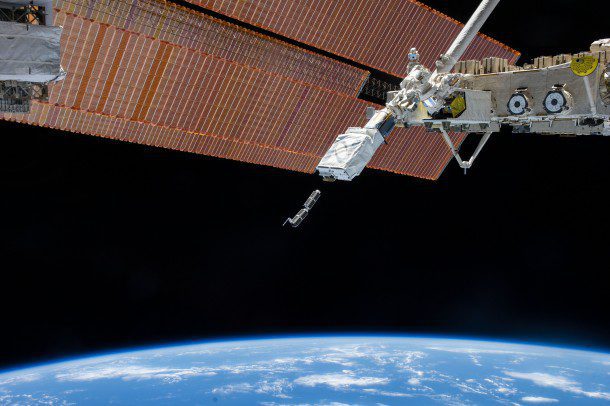 The Small Satellite Orbital Deployer on the International Space Station was photographed by an Expedition 38 crew member as it deployed a set of Planet Labs' Dove CubeSats.

Traditional companies that have led the remote-sensing market aren't sitting idly by during this revolution, contrary to the current mythology and shiny new object status of the newcomers. DigitalGlobe has increased spatial resolution, added the ability to image other parts of the spectrum and taken advantage of the opportunity afforded by the addition of GeoEye's capabilities to build a robust, integrated constellation. Further, DigitalGlobe gobbled up TomNod in recognition of the power of the crowd and reemphasized the company's broader focus on information output vs. just selling pixels.

This leads to one of the more-interesting aspects of the remote-sensing revolution: the idea that companies which provide answers (as opposed to just pixels) can exist separately from the companies that own the assets. For example, Vricon developed a rapid capability to generate highly accurate immersive 3D geospatial products from myriad sources of image data. Orbital Insight advertises the ability to apply computer vision and deep learning to provide answers to customers, while being somewhat agnostic as to sourcing from drones, manned airborne and/or space. SpaceKnow, with its descriptive moniker, offers analytic services and products (including site monitoring and change detection) as well as an ability to access information that can allow for more-predictive analysis of trade and market data.

So the GEOINT Revolution is in play. Disaggregating the multiple technologies that enable this revolution reveals remarkable change”and churn”as everything from situational awareness to launch to on-orbit operations is being disrupted. It's an exciting time, with tremendous intellectual energy, capital investment and technology development all operating in a swirl of big promises and even bigger expectations. Wherever this GEOINT Revolution is headed, the remote-sensing renaissance will be integral to the journey and shaping the destination.