Having spent most of my professional career in the Washington, D.C., area, I've learned some lessons about how the U.S. government works”or doesn't. One frustrating phenomenon is the false narrative: when a story at odds with reality is developed about a particular situation.

This can be accomplished purposefully via deception, or inadvertently as the result of incomplete or inaccurate information. The false narrative is an excellent debate tactic, as it pulls one's opponent into arguing about something that isn't real, wasting their time and intellectual energy. In the GEOINT Community, I've observed several narratives go off track and get skewed, twisted and turned to the point of obfuscating the real discussion at hand.

Take remote sensing's space vs. airborne debate. The community started in the air and added space as technology allowed and when anti-aircraft missiles began to hold high-altitude reconnaissance assets at risk. This launched an ongoing debate about whether space or airborne was better, and false narratives were spun based on bureaucratic jockeying and budgetary jousting. The reality was that a complementary mix of capabilities in space and air is appropriate for national security.

More recently, the growth of commercial remote sensing ignited emotional debate about the use of national technical means (classified spy satellites) vs. commercial systems. False narratives ate up valuable resources as myriad studies were conducted, both classified and in the open, with data sometimes manipulated to generate biased outcomes.

Current and future commercial capabilities are openly managed and commonly understood. They also play an indispensible role in support of national security. One advantage the United States must have over our adversaries is the ability to collect information in ways they don't understand and can't anticipate.

To fulfill the breadth of the national-security mission, the government must develop unique, organic capabilities that characterize activity around the globe in ways that allow leaders, policymakers and commanders to make decisions. Simply put, we need to retain the ability to collect secrets, secretly. Once again, we've discovered that a complementary mix of national assets and commercial systems is essential for national security.

Today, we find ourselves in the midst of a discussion about the future of remote sensing. The argument centers on old space vs. new space and in some cases traditional, larger systems vs. newer, smaller spacecraft flown in constellations. As the United States, Europeans and others evolve in developing highly capable, larger satellites, there's also tremendous excitement about the promise of new approaches, often lumped together under the umbrella term smallsats. 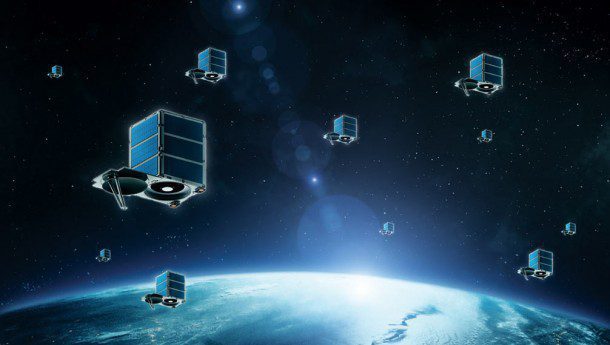 There's exuberance in the investment community for throwing money at opportunities perceived to be the next big thing. We've seen it in app development, 3D printing, cyber and now new space, which includes innovative launch, smallsats and manned spaceflight. It's the Wild West in the smallsat sector, and there will be winners and losers, mergers and acquisitions, and eventually it will settle down. Â There's exciting promise for these technologies and the new operating concepts they enable, and there's no reason not to be compelled by the opportunity they present.

This excitement has stoked the debate about old vs. new space and the viability of companies invested in traditional imagers vs. those in the startup community. Where spatial resolution was always considered king, the ability to quickly revisit any given point on the Earth has become of increasing interest. New capabilities create the opportunity for creative, innovative approaches to collecting, managing and applying new types of datasets. Â Together, the traditional and new space capabilities offer an exciting opportunity for synergy.

My last position in the government was to lead the organization that made the 24/7/365 decisions about how imaging spy satellites would be applied in support of global missions. In this position, I was a glutton for capability. We worked diligently with the commands and services, and fully engaged with Department of Defense airborne reconnaissance. We managed the tasking of our contracted commercial imaging partners, and yearned for an ability to integrate it all to best meet the needs of our customers. Â More is not always better”but it absolutely is when you can integrate it and apply it efficiently and meaningfully.

We must stop being distracted by the false narrative that there's an either/or decision regarding traditional remote-sensing capabilities and those offered by next-generation commercial remote sensing. This discussion isn't any more valuable than the many debates of the past. The world is becoming more complex and dangerous, and thus a wide variety of capability is more critical than ever,

From a GEOINT perspective, our nation should identify the very best complementary mix of assets to accomplish the full range of missions in the most efficient and cost-effective manner. As space becomes increasingly crowded and potentially contested, resilience will also play into the calculus in a way it hasn't heretofore. It's not a zero-sum game with respect to government funding. Capabilities that clearly perform and contribute to mission accomplishment will be funded, even in the midst of budgetary belt-tightening. Â

As a community, we need to work together to find that ideal complementary mix and develop the tools to access and apply it in an integrated way. The true differentiator may be more about what happens on the ground than in space. The companies and organizations that are as obsessed with the data and information they generate as they are with their collection systems will be the strongest. Let's focus on the real issues at hand and not succumb to the false narratives. There's too much at stake.