SmallSats have a trajectory similar to UASs. Both have been around longer than people think”the first Small Satellite Conference, hosted by Utah State University, was held 30 years ago, and various governmental and private space companies have dabbled in smaller satellites for at least that long. 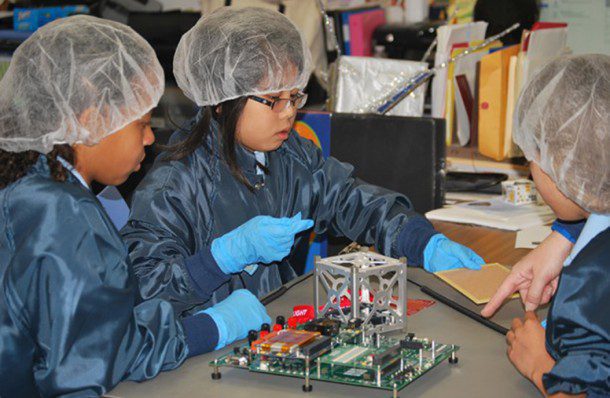 Students from St. Thomas More Cathedral School in Arlington, Va., participated in the design, construction and testing of STMSat-1, the first cubesat built by elementary school students and deployed into space on Dec. 6, 2015. (Credit:Â NASA)

But the commercial explosion happened when the electronics, sensors and cameras required to make Earth observation useful became so small and cheap that they could be pieced together off the shelf into inexpensive devices. The aforementioned Euroconsult report, Prospects for the Small Satellite Market, estimates that 3,600 SmallSats will be launched in the next 10 years, and the market will grow by 76 percent over the previous decade's output.

All these satellites will need a means to get into space, leading to more growth in the launch-services market. Those who scoffed at private companies such as SpaceX getting into the rocket business are finding their skepticism unfounded, as launch companies currently have more customers than they can handle lining up to use their services.

And if you can get your SmallSat to the International Space Station, NanoRacks has deployed more than 100 cubesats into Earth orbit through its CubeSat Deployer via the JAXA KIBO airlock. Their customers include Planet, NanoAvionics, Spire, Southern Stars, NASA, Lithuanian Space Association, Kaunas University of Technology, MIT, Booz-Allen Hamilton, Planetary Resources, GOMspace, Aalborg University, University of Colorado and University of Michigan, among others.

Although the first SmallSat event started 30 years ago (with kudos to Utah State for pioneering), the last couple years have seen several new events sprout up, hoping to take advantage of surging SmallSat popularity. 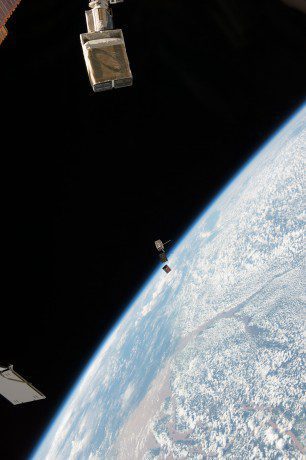 The NanoRacks system deployed two NASA Node satellites from the International Space Station on May 16, 2016.

The inaugural 2016 SmallSat Symposium (smallsatshow.com) was sold out in Silicon Valley, which has become the hub for recent SmallSat development and investment, and the February 2017 event will return there. The Utah State event will be held in Logan, Utah, in August 2016 (smallsat.org), and the 2016 Canadian SmallSat Symposium was such a success that the 2017 version is already booked for fall 2017 in Toronto (smallsat.ca).

Many other organizations and universities have formed committees, groups or regular forums to keep tabs on the SmallSat revolution. For starters, NASA developed the Small Spacecraft Technology Program (which allowed the aforementioned universities and schools to get their vehicles into space), one of the nine programs in its Space Technology Mission Directorate, with three primary objectives: Â

As an example in academia, the University of Georgia founded a SmallSat Research Laboratory in 2016 (smallsat.uga.edu), with plans to build its own cubesat (many universities have launched similar programs). And bridging public and private sectors, the U.S. Geospatial Foundation formed its Small Satellite Working Group in 2014 (for more information, see Building the SmallSat Community, below).

When discussing the future of SmallSats, it's difficult to avoid the obvious cliches: The sky is the limit, it's blasting off or even boldly going where no man has gone before want to type themselves. But in the case of SmallSats (and once again, UASs), the hyperbole likely is quite accurate. 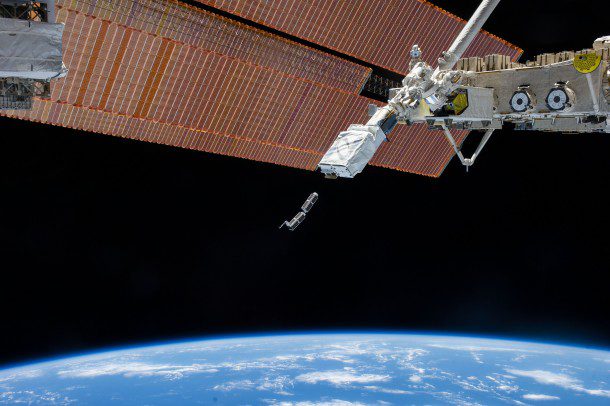 NASA's EDSN project unexpectedly proved another benefit of SmallSats. When eight of these devices were lost in November 2015 due to a launch-vehicle failure, their ability to be inexpensively recreated greatly decreased the cost in dollars and scientific progress. Similarly, private company Planet has lost more than 30 of its Dove SmallSats (inset) due to launch failures, but with more than 100 successfully placed into orbit, the company can sustain the losses and continue operations. (Credit: Planet)

SmallSats are one of the key ingredients in the NewSpace startup technology boom, which also includes the private space-launch companies such as SpaceX, private satellite communication companies (also making SmallSats, just for different purposes) and some interesting space-exploration companies making waves in equity-funding headlines. (Did you know that Planetary Resources is attracting heavy investment in its business model of asteroid mining? It's true!)

It seems that getting into space is the most-limiting factor for SmallSats. If that capability can be improved, look for several thousand more satellites to be launched in the coming decades. News reports and concerns of growing space junk are starting to trickle in, but, as of yet, scientists insist that the space around Earth is still massively open, and there is little concern for safety and investment for now.

As this is a rapidly evolving industry segment, the best bet for keeping up to date is at the Earth Imaging Journal Website (eijournal.com), starting with its SmallSat Company and Sensor Guide and refreshing its news feeds. The eyes in the skies are shrinking, and, as with most consumer technology, smaller can certainly be better. 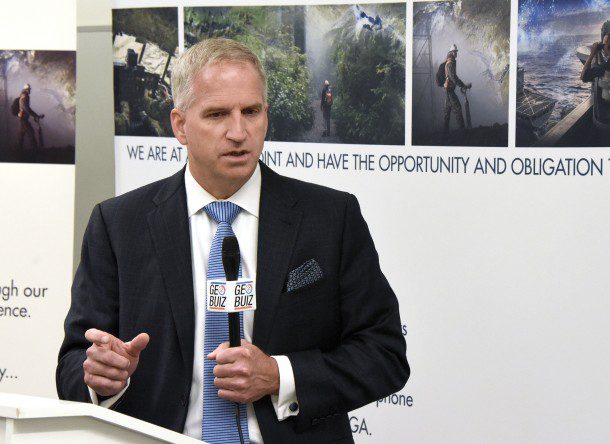 The working group meets on the fourth Wednesday of every month at USGIF headquarters in Herndon, Va., and helps with the planning of related USGIF events, including the Small Satellite Workshop the foundation hosted in November 2015 at the National Geospatial-Intelligence Agency (NGA) in Springfield, Va.

The working group leverages key conferences to spread the word about the new generation of small, low-cost and highly capable systems, notes Zitz.