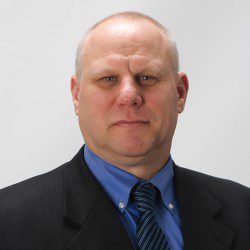 Hera Systems is the latest smallsat Earth-observation company to burst onto the scene, announcing in mid-November 2015 that it plans a constellation of one-meter imaging satellites, with the first launch scheduled for Nov. 1, 2016, and another launch behind that on Nov. 16, 2016. The company is working to get the entire initial constellation of nine satellites launched by the end of 2016, with some new capabilities not yet seen in the market.

EIJ:Â We are excited to learn of your plans for a smallsat constellation and were frankly surprised that we hadn't at least heard rumors about what you were up to.

Machinski: That was by design; we were really quiet until we had everything lined up. We hit everything at once with a new website, press releases and social media. We didn't want to make announcements until we had customer traction and were aligned with market demands.

EIJ:Â What are the capabilities of the initial constellation and how might that expand?

Machinski:Â The initial nine satellites will give us daily imaging to meet the major portion of our customer demands. There is always someone out there interested in hourly imaging or even every-minute imaging, so we've reserved the opportunity to launch as many as 48 satellites. We think that will get us well beyond the saturation point and will also serve as some redundancy. To get that type of expanded traction, we need to get our initial satellites up there.

EIJ:Â What are some of the specifications of your planned satellites in terms of size and sensing capabilities?

When we were originally working this spacecraft design, we were planning for about a 50 to 60 kilogram spacecraft. That size would be expensive to launch, so we challenged the entire team to see if we could repackage and repurpose this into a much smaller form factor, and we were able to do that.

Our scientists and engineers were able to repackage what was three times the size into this small form factor. We have some very innovative approaches that we've used, with patents filed and pending.

We call our satellites launch agnostic. With the 12U form factor, we can be ready to go with three months' notice and be on the launch vehicle in what they call a standard dispenser.

EIJ:Â What has been the timeline on setting up the new company and making plans for the new Earth-observation offering?

Machinski:Â We formed Hera Systems in December 2013. Prior to our start two years ago, there were a number of us kicking the tires on the market, as we're all seasoned veterans in the industry. We had a few other endeavors that we were exploring until we started to see a real market need for Earth-imaging solutions, and we felt we could participate and solve some challenges.

EIJ:Â How do you differentiate your offering given that you're one more Silicon Valley-based high-resolution satellite-imaging company.

You can look back to Ikonos in 1999, and what that cost, to understand how far the costs have been driven down. The cost of high-performance spacecraft components has come down, and in addition the increasing availability of commercial launch services has brought that cost down a great deal too.

What differentiates us is the fact that we have a complete package, where we combine one-meter-class imaging, we have eight spectral bands, full-frame and full-color video, and all on a very small and affordable form factor, and without compromising full communication, command and control capabilities. One discernable feature that our customers are most excited about is the on-board analytics capabilities. Our satellites can detect, process and alert other birds to an emerging situation. Some call this feature tip-and-cue. We don't see anyone else combining these features into one spacecraft along with all the infrastructure that we're creating. We have everything from imaging to video to analytics. Additionally, our propulsion system allows us to launch on a number of launch vehicles at varying altitudes and inclination.

EIJ:Â Do you engineer as well as manufacture your own satellites?

Machinski:Â We are in a 20,000-square-foot facility in south San Jose, Calif. We have everything here that we need, with our offices in front and a large manufacturing, assembly, integration and test facility. We also have a Class 100 clean room onsite. Our plans are to not only finish the prototypes that we've been building, but also to package those and get those ready to go to the flight decks.

We've tested all the individual pieces of the puzzle as well as the integrated systems. We're confident in what we're doing. We have a thermal vacuum onsite and any of the other things to test the system. We have high confidence that everything will work as planned and, of course, we have capability onboard for firmware and software updates as we go along.

We have redundancy built in with three communications systems onboard, and we have some backdoors in case something goes wrong, so we can reboot or reinstall software.

EIJ:Â Are there specific markets you're targeting out of the gate?

Machinski:Â We're looking at the traditional customer base to start: the U.S. government and international governments, with their insatiable thirst for high refresh rates on this type of imaging class. Those needs or persistent surveillance and resilience are not being met.

We're also talking to enterprise customers where there is a big need, particularly with imaging coupled with business intelligence. We also have onboard analytics with feature detection while we're flying rather than doing it on the ground. We're looking for certain things, and if we find those, then we lock on target. That hasn't been done in the industry yet, and that's one great feature that has really attracted our government and enterprise customers.

EIJ:Â I'm fascinated by the onboard analytics. Does it use custom algorithms and machine intelligence to achieve that capability?

Machinski:Â Yes, we have some algorithms that we've been developing and testing. There are certain customers we're talking to that find that capability quite remarkable and really useful. The fact that we can detect and then lock on and stay with targets is very useful for on-demand video acquisition.

With video, you get the dynamics, the rate of motion and what's happening down on the ground. You also get a timelapse. As you're flying and slewing, you get the natural change in viewing angle that gives you more depth perception as well.

Our video mode is variable on our spacecraft, from one frame per second to five (which is typical) and up to 24 and even 30 frames per second in emergency cases. Nobody has anything like that in full color, full frame and at those frame rates.

EIJ: Where do you see the market demand heading for these capabilities?

Machinski:Â Our big vision is the consumer play. I think there's an unbelievable opportunity as we grow to 9 billion mobile devices in the future. By 2020, industry reports indicate we'll cross the threshold where nearly everyone will have a device, and they're constantly thirsting for more information and intelligence.

People use their mobile devices frequently, and what they will derive is not just pretty maps and social media; they also want more business intelligence and on-the-fly analytics. We can see that need in the future, but, in the short term we plan to focus our resources on satisfying demand from government and enterprise business customers, and expand to the consumer over time.