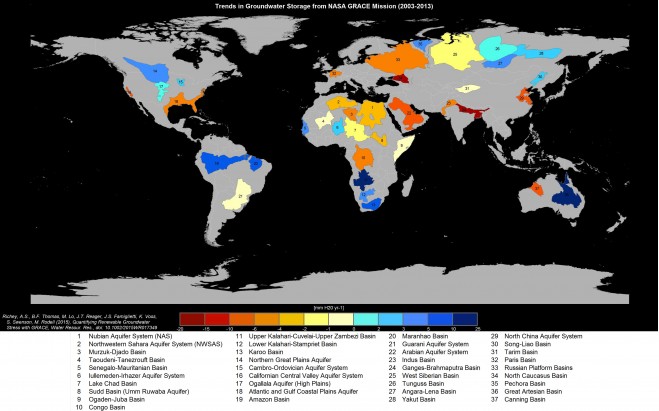 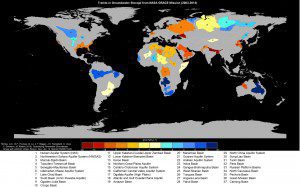 UC Irvine researchers used NASA satellites to show aquifer depletion worldwide. They are trying to raise awareness about the lack of information about remaining groundwater supplies on Earth.

Human consumption is rapidly draining some of its largest groundwater basins, yet there’s little to no accurate data about how much water remains in them, according to two new studies led by UC Irvine that use data from NASA Gravity Recovery and Climate Experiment satellites. Significant segments of Earth’s population are consuming groundwater quickly without knowing when it might run out, the researchers conclude.

“Available physical and chemical measurements are simply insufficient,” said UCI professor and principal investigator Jay Famiglietti, who is also the senior water scientist at NASA’s Jet Propulsion Laboratory. “Given how quickly we are consuming the world’s groundwater reserves, we need a coordinated global effort to determine how much is left.”

The studies are the first to characterize groundwater losses via data from space, using readings generated by NASA’s twin GRACE satellites that measure dips and bumps in Earth’s gravity, which is affected by the weight of water.