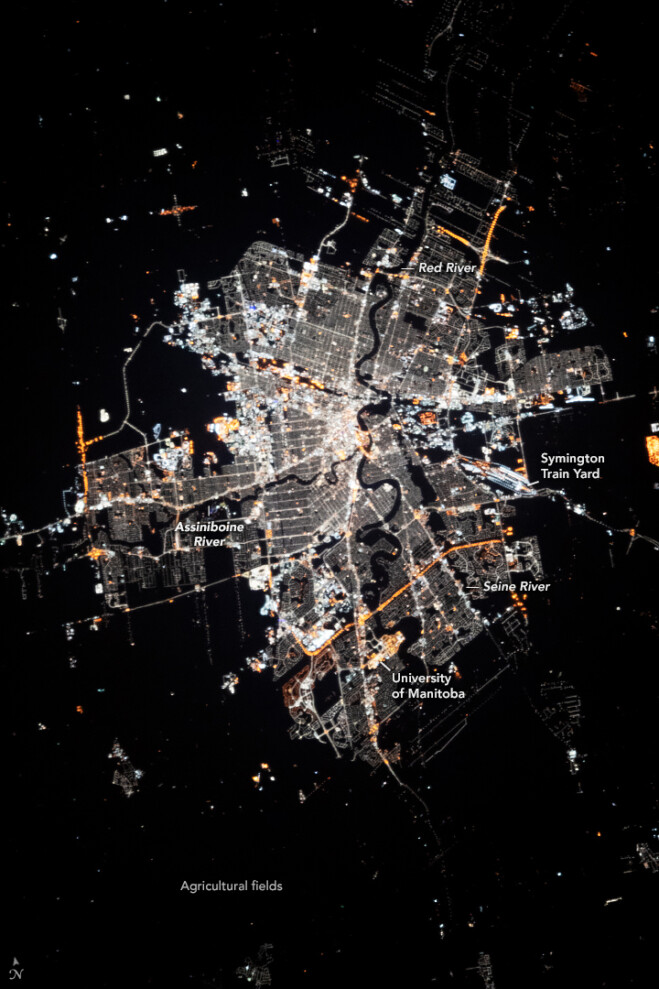 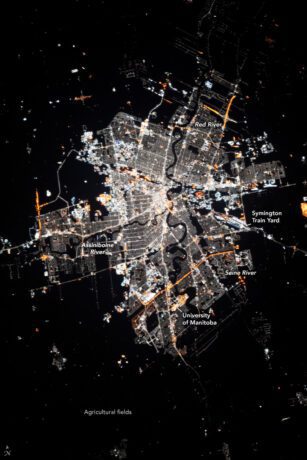 While in orbit above southern Canada, an astronaut aboard the International Space Station (ISS) took this nighttime photograph of Winnipeg, in the Province of Manitoba, Canada. The artificial lights stand out around the meandering Red, Assiniboine and Seine Rivers that split the city. The densely populated downtown is brightly illuminated near the confluence of the Red and Assiniboine Rivers. Farther south along the Red River, the University of Manitoba campus is marked by distinctively colored lights.

Winnipeg is situated in south-central Canada within the fertile agricultural region of the Red River Valley. Agriculture is one of the largest economic activities in Manitoba. The industry is supported by nutrient-rich soils that were once occupied by extensive tallgrass prairies. In contrast to the bright urban lights, these fields are unlit and are only discernible as the dark areas of the photo.

Symington Train Yard, one of the largest hubs for freight in Canada, is highlighted by its repeating rows of train tracks on the eastern portion of the city. These trains transport agricultural goods and other freight throughout the region.

Occasionally the city and surrounding areas experience significant flooding due to its downstream location in the Red River Basin. Flooding occurs most often in spring months when the north-flowing river thaws in the south and slows down behind remaining ice pack in the valley and in Lake Winnipeg. Severe flooding occurred in early 2022 and could be observed from satellite imagery.