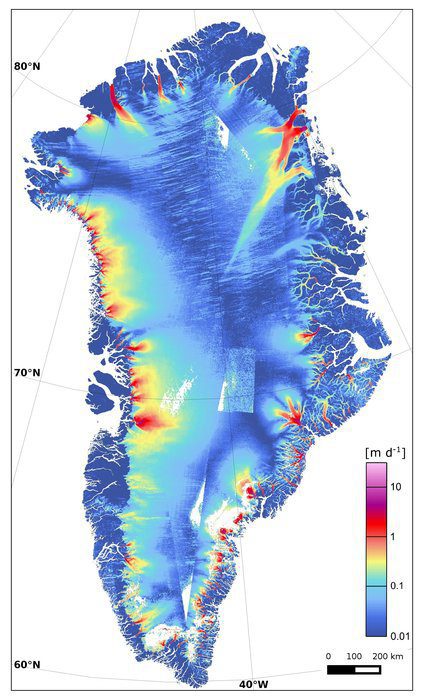 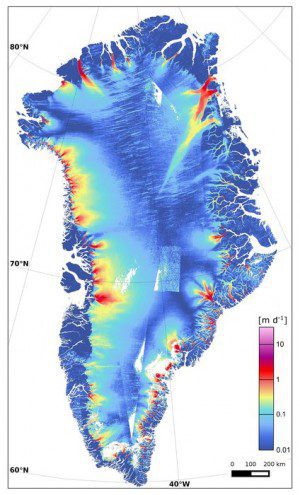 And according to a paper they recently published in Science, one of Greenland’s glaciers is losing 5 trillion (5,000,000,000,000) kilograms of ice a year to the ocean. It’s estimated that the entire Zachariae Isstrom glacier in northeast Greenland holds enough water to raise global sea levels by more than 46 centimeters.

“The glacier is now breaking up and calving high volumes of icebergs into the ocean, which will result in rising sea levels for decades to come,” notes Jeremie Mouginot, from the University of California Irvine and lead author of the paper.