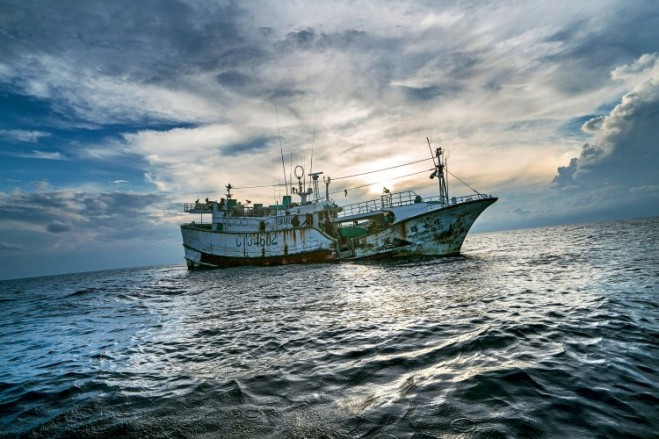 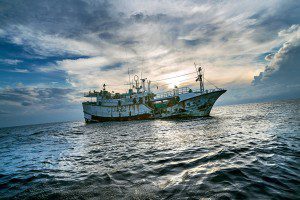 Although this ship, the Sheng Chi Huei 12, a Taiwanese fishing vessel, was cleared of illegal fishing, boats like it commonly roam the waters of Palau for unlicensed catch. (Credit: Benjamin Lowy/Reportage for The New York Times)

An article in the New York Times Magazine chronicles how data analysts, the government of Palau and a nonprofit organization called SkyTruth are using satellite data to fight fishing poachers in the nation made up of 250 separate islands. According to the article, the global black market for seafood is worth more than $20 billion, and one in every five fish on American plates is caught illegally.

Although small in land size, Palau has authority over approximately 230,000 square miles of ocean, and patrolling such waters is impossible with its few patrol ships. So a coalition is using satellite data to track unlicensed fishing vessels and cut them off before they can seek shelter in international waters and more-receptive islands.

The article chronicles how satellite data are being used and can be read in its entirety here.