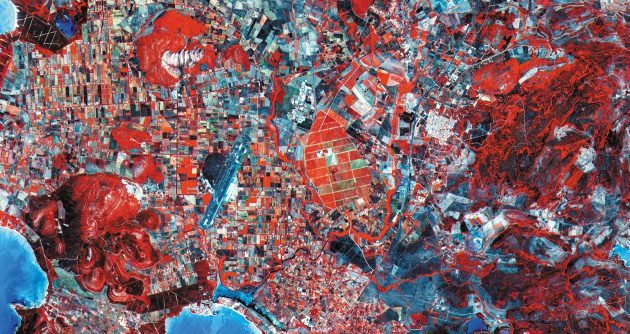 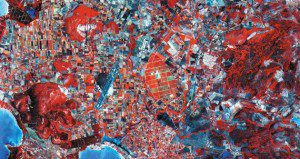 Vegetation (red) on Italy’s Sardinia was imaged by the European Copernicus Sentinel-2A satellite in 2015. Scientists are calling for better standards so such data can be more useful in studying biodiversity.

A collection of worldwide scientists are calling for a global strategy to monitor Earth’s biodiversity from space. As biodiversity loss intensifies, traditional means to track biodiversity aren’t keeping up, so satellite remote sensing is seen as the key.

In an article for Nature, researchers note that “satellite remote sensing is crucial to getting long-term global coverage. It can rapidly reveal where to reverse the loss of biological diversity on a wide range of scales in a consistent, borderless and repeatable manner. Quantities such as vegetation productivity or leaf cover can be measured across continents from space. But there is no agreement on how to translate these measurements into metrics that are relevant for biodiversity monitoring.”

So the collection of scientists are publicly calling on space agencies to agree on biodiversity variables and how they will be tracked from space to aid in conservation. They propose 10 such variables, which can be accessed along with their full report here.