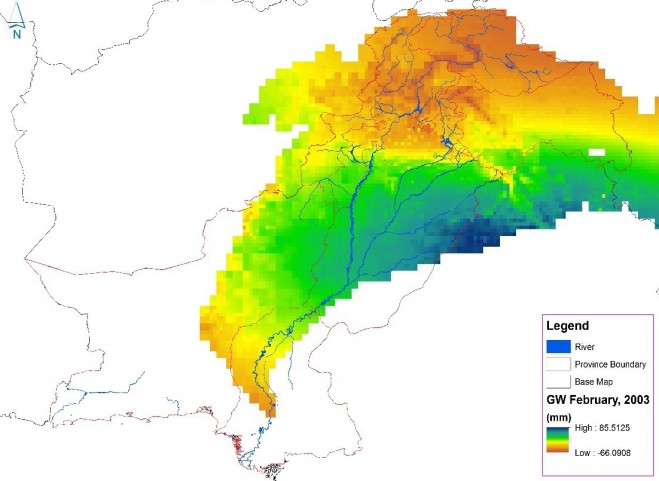 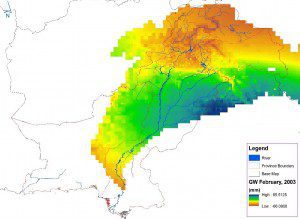 After decades of unchecked pumping from underground water reservoirs, the Pakistan Council of Research in Water Resources in January 2016 began using satellite data from NASA’s Gravity Recovery and Climate Experiment (GRACE) mission to create monthly updates on groundwater storage changes in the Indus River basin. This will allow them to see where groundwater supplies are being depleted and where they are being adequately recharged.

Twin GRACE satellites, launched in 2002, map tiny variations in Earth’s gravity that reveal underwater water reserves, helping scientists monitor where the water is and how it changes over time.

“Using these satellites, we can indicate the areas that are most threatened by groundwater depletion,” said Naveed Iqbal, an assistant director and hydrogeologist on the council. “We can tell the farmers and water managers, and help decision makers formulate better and more-sustainable policies.”