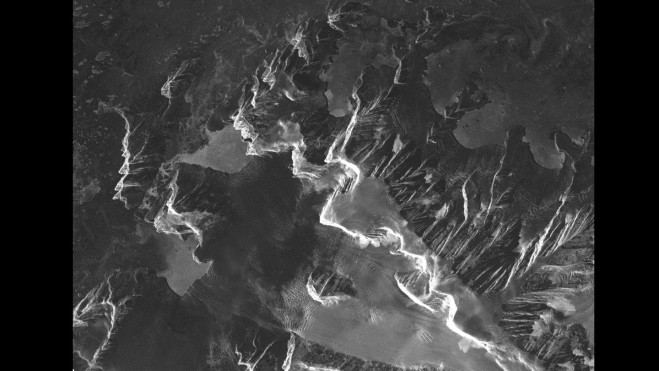 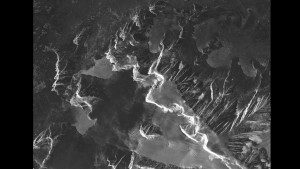 A radar satellite image shows the Lemaire Channel on the Antarctic Peninsula, which was successfully navigated by the Dagmar Aaen ship. (Credit: DLR)

The crew aboard the Dagmar Aaen, a research ship traveling around the Antarctic Peninsula to investigate how climate change is impacting the local environment, is receiving high-resolution radar images from the German Aerospace Center (DLR) to help navigate the icy waters.

The German TerraSAR-X and TanDEM-X satellites record the data, which are processed in near-real time at an Antarctic base station before being transmitted to the ship, within one to two hours of initial collection.

“Since the beginning of this year, not only have we been able to receive satellite data here in our Antarctic station, but we have been in a position to process the information on behalf of users in near-real time,” explains DLR researcher Kathrin Höppner.

Radar images, unlike optical satellite data, can be acquired regardless of daylight or cloud cover. They show which expanses of water are covered by ice and which routes would provide ships with relatively unobstructed travel.

“The high-resolution images we receive show the crew exactly where the water is covered by ice,” adds Höppner.