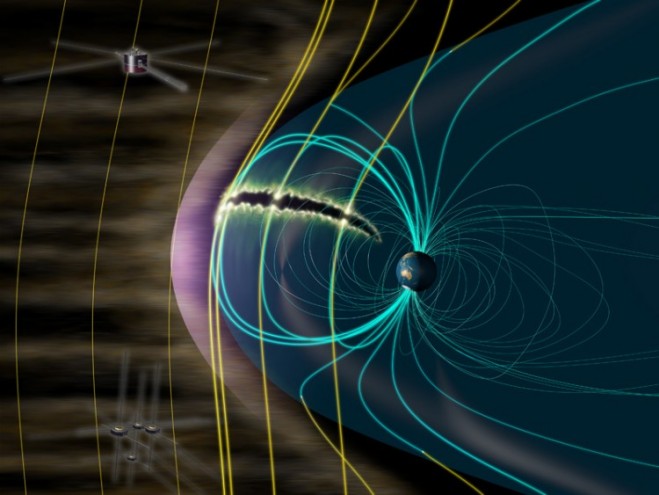 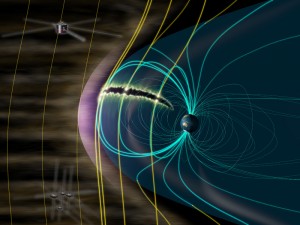 An artist rendering describes the GEOTAIL and MMS missions and how Earth’s magnetosphere absorbs the energy of the solar wind. (Credit: ISAS/JAXA)

Solar wind, a fast flow of charged particles driven by the Sun’s magnetic field, continuously blows against Earth and would be deadly if Earth’s magnetosphere didn’t provide invisible protection. Interaction between the solar wind and magnetosphere causes various phenomena such as aurora and larger outbursts known as aurora explosions.

According to the recently released scientific report, magnetic reconnection is believed to be the key mechanism involved in the entry and release of the solar wind energy that causes aurora explosions.