August 10, 2021
Roaming the Depths: The Role of Autonomous Assets in the EXPORTS Campaign 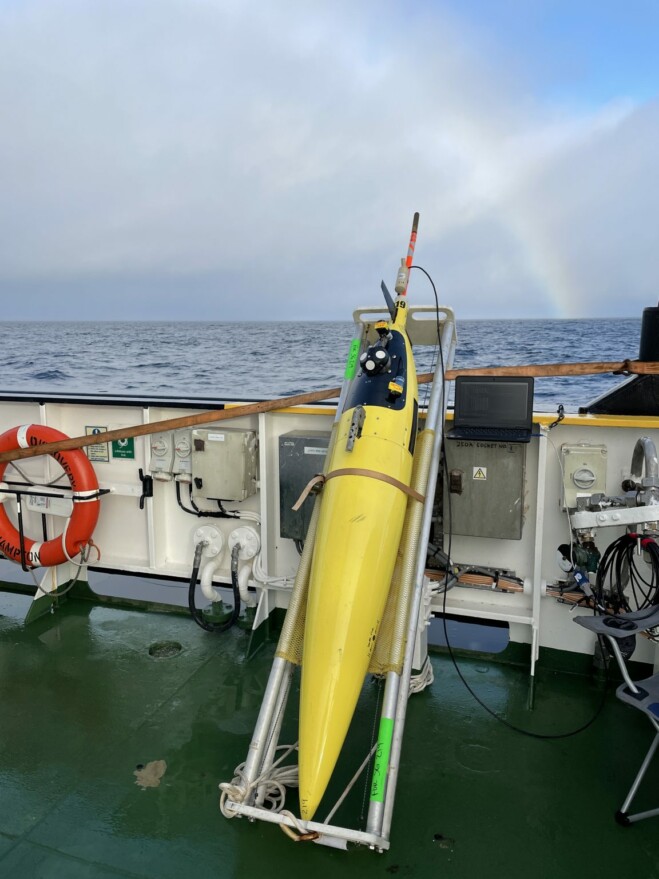 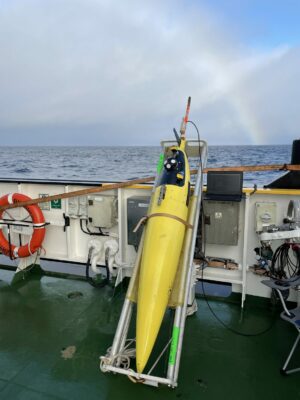 One of the seagliders deployed on DY130, which helped scout features ahead of the ship and make informed decisions about where to sample. (Credit: Filipa Carvalho, National Oceanography Centre)

Satellites have undoubtedly opened up new ways for scientists to study the ocean, giving us global coverage of the surface of the ocean without ever having to step foot on a ship. But how can we learn what lies beneath the surface?

The classic way oceanographers study the ocean is, of course, going there. But putting together a cruise is no easy feat. They take years of planning, preparation and enormous teams of scientists, mariners and logistics personnel to bring to fruition. Once aboard, teams must adapt to perform delicate tasks under the demanding conditions of working at sea. Some cruises run into storm after storm, which limits the ability to conduct ship-based scientific missions.

The difficulty of science at sea has been one driving factor in the development of autonomous platforms for use in scientific research. The wide range of platforms allow us to study places and timescales that are inaccessible to ships–such as the physics of water under ice sheets, or the interannual variability of biogeochemical cycles now and into the future.

The EXPORTS campaign utilizes a range of autonomous assets to collect data through time and space, and at different depths. Gliders silently soar through the water to waypoints provided by pilots on land, collecting measurements down to 3,281 feet (1,000 meters) several times a day. Autonomous floats such as the Biogeochemical Argo float remain in the ocean for up to five years, gathering critical data as they drift in the ocean’s currents. Drifters deployed at the surface give insight to the upper ocean currents. Like satellite imagery, these assets allow us to make informed decisions while at sea by scouting out the biology, chemistry and physics of a region without having to move the ship. The assets that remain in the water after the cruise continue our study and give further context to our ship-based measurements.