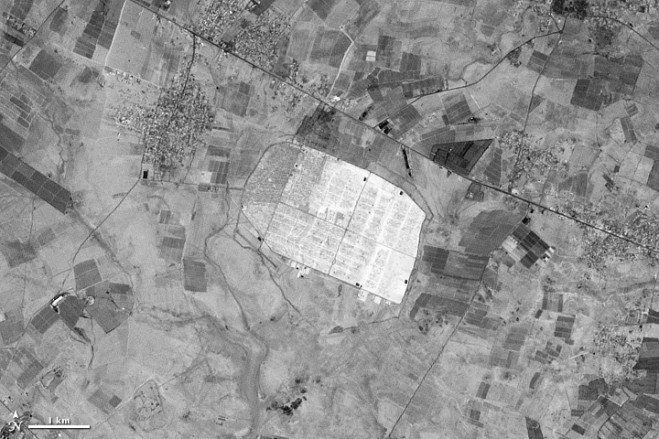 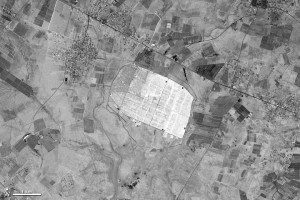 The refugee camp in this July 2013 image dwarfs the one in the 2012 image below.

In just over a year, it has become Jordan’s fourth largest city—except it’s not a city. It’s the world’s second-largest refugee camp. 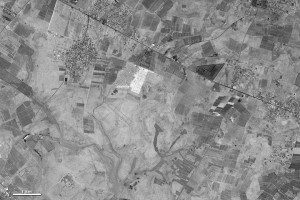 The refugee camp is seen as a small rectangular bright area in the center of this September 2012 image. It appears brighter than its surroundings due to its white roofs.

Located in northern Jordan near the border with Syria, the Zaatari refugee camp opened in July 2012 and now houses roughly 129,000 people. According to United Nations High Commission for Refugees, setting up and expanding the camp has been the equivalent of building a city the size of Cambridge, England, or Fargo, N.D., in a single year. There are more than 1.6 million registered Syrian refugees in Jordan and neighboring nations. 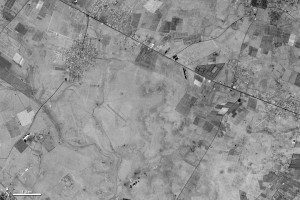 There is no evidence of a refugee camp in this May 2009 Terra satellite image.