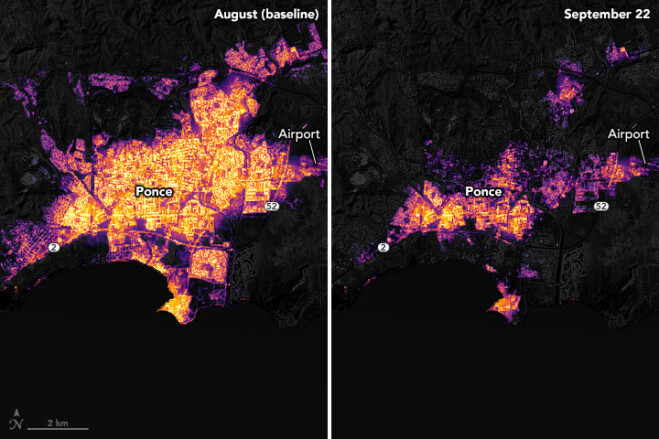 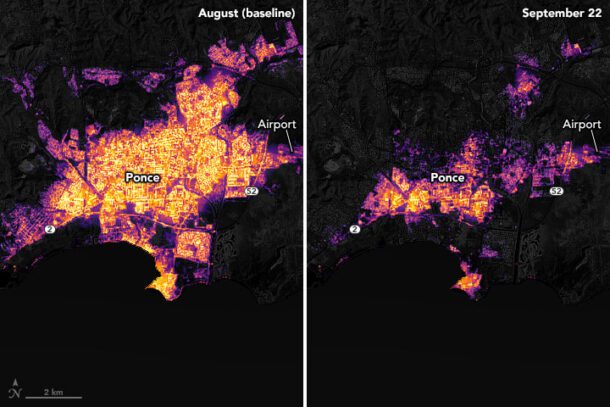 After being struck by fierce winds, torrential rainfall, and widespread flooding from Hurricane Fiona, citizens of Puerto Rico were enduring significant power outages in mid-September 2022. Extreme heat and troubles with water supplies added to the miseries for the people, while federal and local agencies worked to bring relief.

The blackouts came almost exactly five years after Hurricane Maria decimated the island, and six years after a power plant fire took down much of the grid.

These images focusing on the city of Ponce were created by scientists from the Black Marble Project at NASA’s Goddard Space Flight Center, Science Systems and Applications, Inc., the University of Maryland College Park, and the Leidos Civil Group. The images show nighttime light emissions before and after Fiona passed through the city. The team processed and analyzed VIIRS data, comparing a pre-storm composite (August) to conditions after the hurricane. These data were then overlaid on a base map of landcover data collected by Landsat 9.