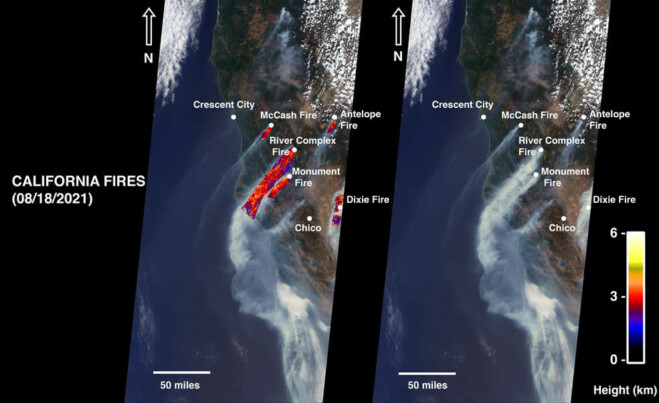 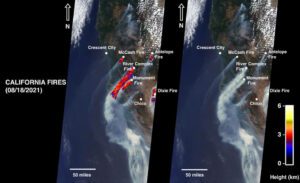 The MISR instrument has nine cameras that view Earth at different angles. The right side of the image shows smoke from the five fires as observed by MISR’s nadir (downward-pointing) camera. The multi-angular information from MISR’s images is used to calculate the height of the smoke plumes. The results of those calculations are shown in the left side of the image. Smoke from areas in red reached an altitude of around 9,840 feet (3,000 meters). The highest plume near the active fires reached approximately 19,685 feet (6,000 meters). In general, higher-altitude plumes transport smoke greater distances from the source, impacting communities downwind. In recent weeks, smoke from fires in the Western U.S. and Canada has impacted much of the East Coast.