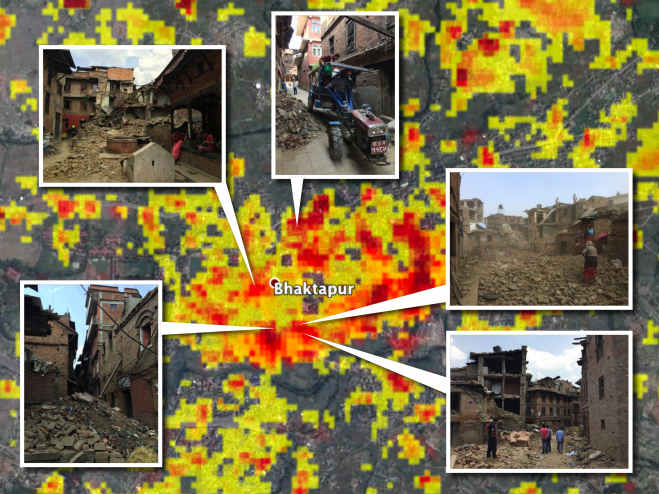 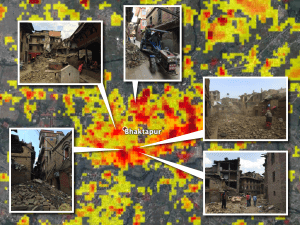 Researchers led by Sang-Ho Yun at NASA’s Jet Propulsion Laboratory developed a way to create damage maps from satellite imagery—even if images are taken at night or when skies are cloudy. They recently published the results of this new approach in the journal Seismological Research Letters.

“Our mapping system shows great potential, especially for isolated remote areas where there is no communication and the roads are blocked,” said Yun. “Those are the communities in desperate need of help, and our maps could help responders provide efficient assistance.”

Using software developed at JPL, researchers produced damage proxy maps covering an area near Kathmandu, Nepal. For each dataset, they examined the similarities between two radar images: two archival images from before the earthquake and one taken after. The software helped generate a distribution of colored pixels on a transparent background overlaid on top of maps from Google Earth.

“The colors are determined by the change between the before and after radar images,” added Yun. “The more the images are different, the redder the image.”