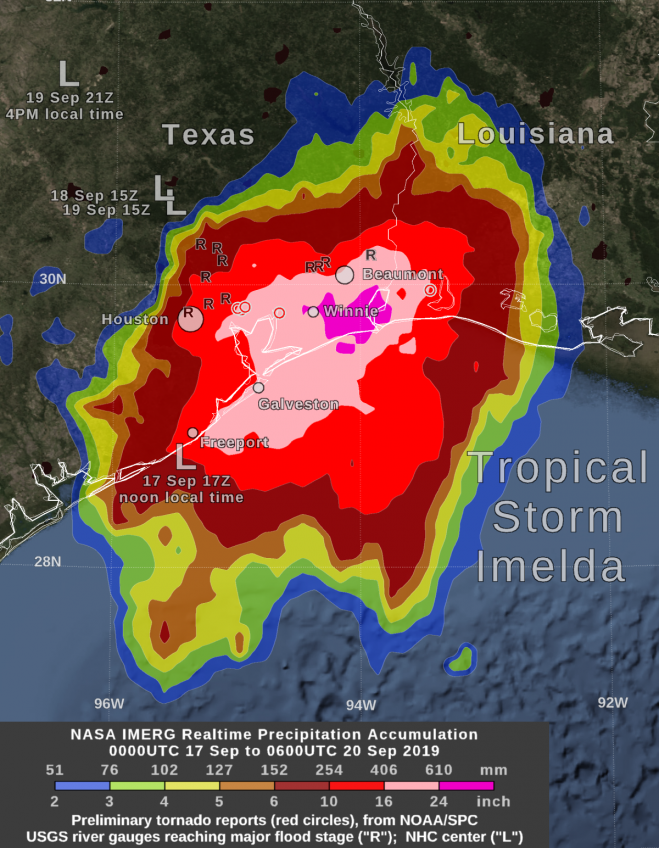 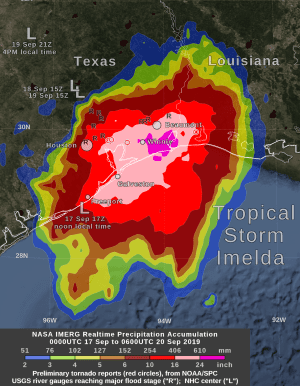 NASA’s Integrated Multi-satellitE Retrievals for GPM (IMERG), which is a NASA satellite rainfall product, estimated that by September 20, Tropical Storm Imelda had dropped more than 24 inches of rain between Beaumont and Houston, Texas. Estimates of between 16 and 24 inches have fallen between Freeport and Beaumont, and 6 inches and more over a large area between southwestern Louisiana and Palacios, Texas. An image showing these rainfall totals was created at NASA’s Goddard Space Flight Center in Greenbelt, Md.

IMERG combines observations from a fleet of satellites, in near-real time, to provide near-global estimates of precipitation every 30 minutes. By combining NASA precipitation estimates with other data sources, we can gain a greater understanding of major storms that affect our planet.

The NASA image also identified where the rainfall from the remnant of Imelda caused a U.S. Geological Survey river gauge to swell to “major flood” stage. “Major” flood generally means that nearby homes and roads were flooded. In addition, there were several preliminary reports of Imelda-spawned tornadoes on September 18 and 19.