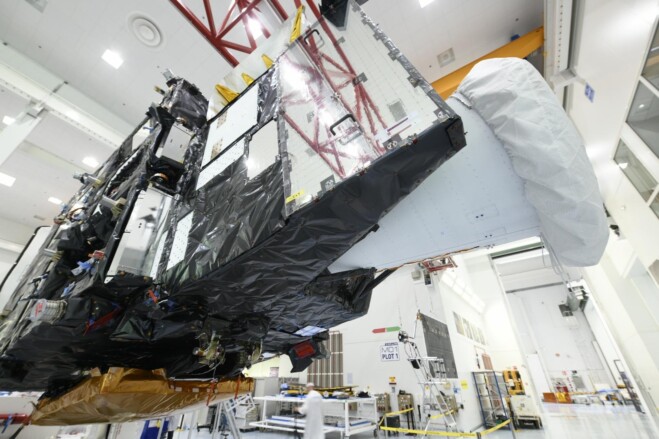 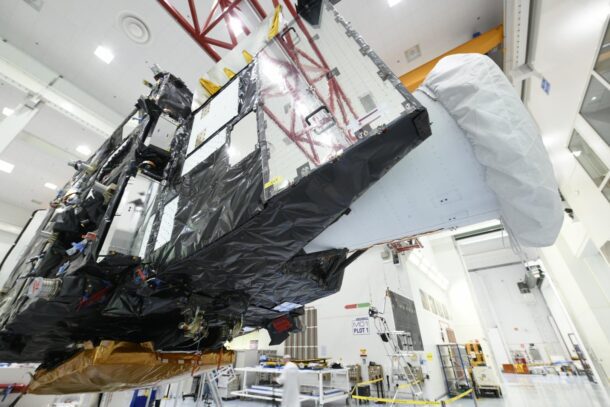 Europe’s first Meteosat Third Generation Imager (MTG-I1) in its very last stages of being checked and readied for shipment to Europe’s Spaceport in Kourou, French Guiana. Before leaving the south of France at the end of September 2022, this remarkable new weather satellite took center stage at Thales Alenia Space’s facilities in Cannes.

The new generation of weather satellites will offer a significant enhancement of the current imager capabilities provided by the Meteosat Second Generation.

The complete MTG mission will comprise two MTG-I satellites and one MTG-S satellite working in tandem. The remaining satellites will eventually replace those in the first set.

In full operations, one of the MTG-I satellites scans the full Earth disc, including Europe and Africa, every 10 minutes, while the other provides local area coverage, for example covering only Europe but with a faster repeat cycle. The single MTG-S satellite will also provide local-area coverage over selected parts of Earth, with a repeat cycle of typically five minutes.