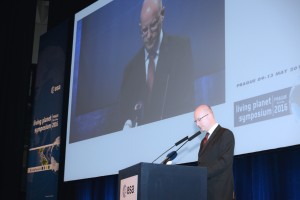 Reflecting the increasing relevance that Earth observation plays in advancing our understanding of our home and in everyday applications, ESA's fifth Living Planet Symposium has drawn more than 3,300 participants”almost double that of the previous event in 2013.

The gathering was opened by the Prime Minister of the Czech Republic, Bohuslav Sobotka, who noted how important space activities are to the future of the EU and its competitiveness.

Space activities are not only confined to a few scientists, but they have become very important for the national economy, said Sobotka. They generate new technologies, bring about products with added value and have a tremendous impact on innovations in the area of industry as well as society.