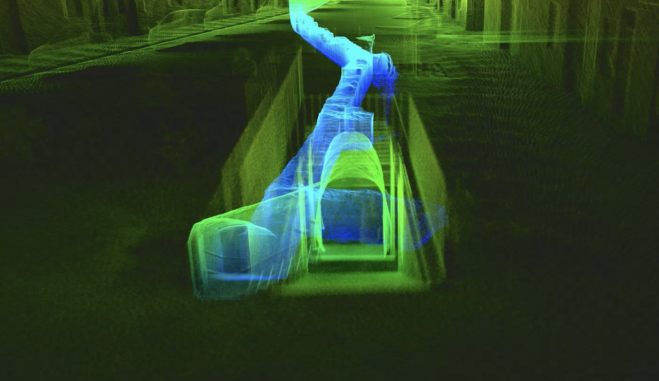 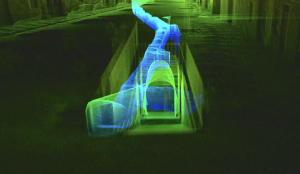 A digital replica of one of Spain’s most infamous Civil War refugee shelters has been 3D mapped by the team at GeoSLAM. Constructed in 1938, the refugee shelters were built to protect the local population from air strikes by the Italian Air Force and Franco forces. These air strikes took place while the Spanish Government had settled in Valencia after being expelled by Franco’s troops from the capital city of Madrid.

The 145 meter tunnel was captured using GeoSLAM’s handheld ZEB Horizon scanner at walking speed, in just over 13 minutes. The device’s capabilities allowed GeoSLAM to create a digital replica of the grand Spanish outbuildings above ground as well as the length of the subterranean tunnel.

The full scan of the Spanish Civil War tunnel can be found here.