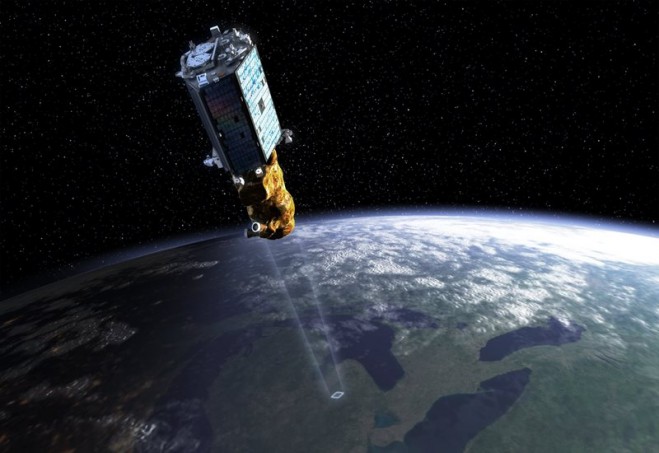 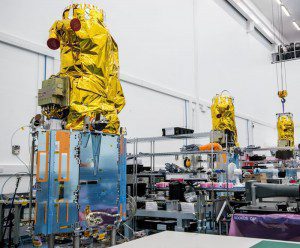 The Indian Space Research Organisation (ISRO) is slated to launch its heaviest commercial load on July 10, 2015, with a payload of five satellites made up of the DMC3 constellation of optical Earth-observation satellites as well as two others aboard a PSLV-XL rocket from the Sriharikota spaceport in Andhra Pradesh.

The DMC3 satellites are three advanced Earth-observation satellites that will fly in formation in a Low-Earth Orbit plane with 120 degrees of separation. The DMC3-1, DMC-2 and DMC3-3 are identical remote-sensing satellites with one-meter panchromatic resolution and four-meter multispectral, with a swath width of 23 kilometers and a daily revisit.

Each of the DMC satellites weigh 447 kilograms and are roughly three meters in height, which posed challenges to accommodate them within the PSLV payload fairing. A special launcher adapter was designed to fit these satellites.

The Chinese company Twenty First Century Aerospace Technology Company Ltd. (21AT) will lease all the imaging capacity of these satellites in a deal that dates back to June 2011. The 21AT initial lease arrangement spans seven years, and the imagery is said to be used to monitor land-use and land-cover changes.

The CNBT-1 satellite is an optical Earth-observation technology demonstration micro satellite. The remaining satellite, the De-Oribt Sail, is an experimental nano satellite that will demonstrate a large thin-membrane sail and was built by the Surrey Space Centre.