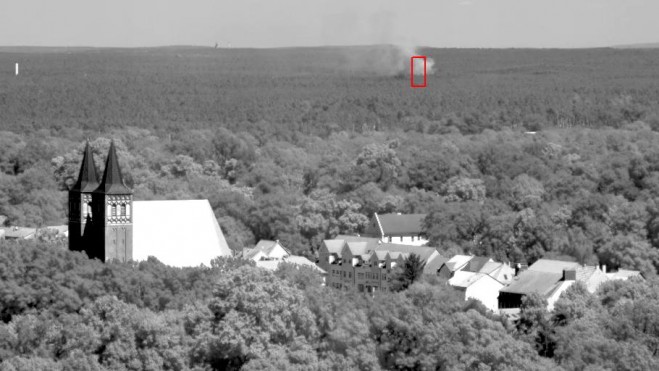 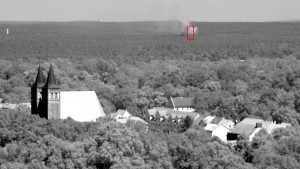 The FireWatch system provides an automated and highly reliable means to detect smoke, heat and fire in German forests.

The German forest-fire detection effort has a new and more-effective input after installing a series of FireWatch cameras developed by the German Aerospace Center (DLR). More than 150 such cameras, based on technology used on space missions, have been installed in five German states.

The FireWatch system combines camera details with software that analyzes images to discern among smoke, heat or flames faster than possible with the human eye.

“It used to be so hot that staff keeping watch on the towers would experience temperatures that made them feel as though they were being roasted,” says Raimund Engel, a forest-fire prevention officer at the Brandenburg state forestry office. “Optical sensors are far superior to the human eye—they never get tired and can detect signs of smoke much earlier and with greater precision.”

Each camera rotates every six minutes, sweeping a range of more than 700 square kilometers. The cameras can distinguish barely detectable smoke clouds from the 16,000 greyscales. As soon as a camera spots what may be smoke, it acquires images and sends them to forest-fire centers, where the coordinates are automatically determined and shown on a map.

Detecting forest fires is difficult, as the system must provide sufficiently early notice while ensuring that false alarms remain as infrequent as possible. Ultimately, forestry officials use the data transmitted by FireWatch to decide whether a forest fire has been detected and determine the number of crews that should be deployed to control it.