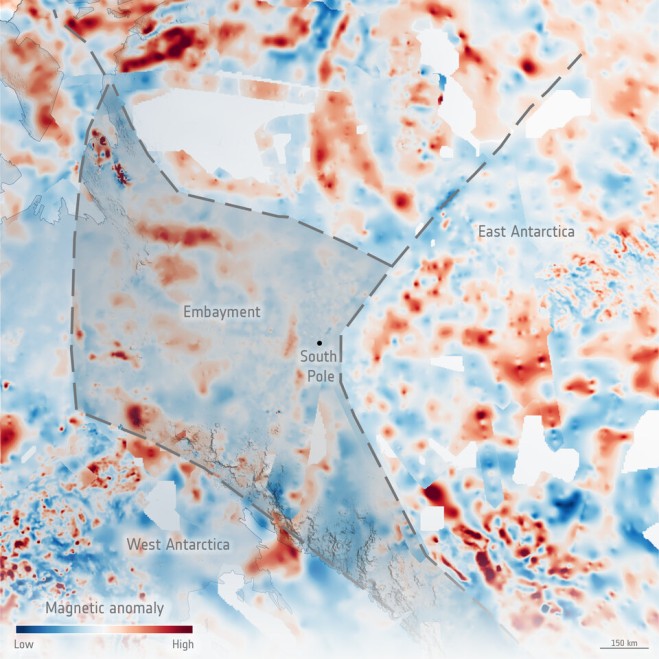 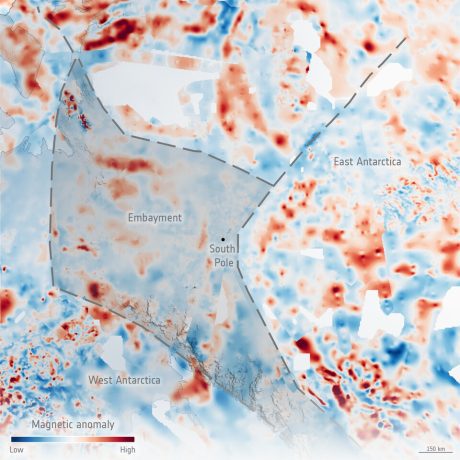 It’s difficult to know what lies beneath a blanket of kilometers-thick ice, so it’s hardly surprising scientists have long contested the shape and geology of the ancient supercontinent from which East Antarctica formed more than a billion years ago.

An ESA-funded study called PolarGAP can now lay some of this conjecture to rest. Using sensors on aircraft to measure changes in the gravity and magnetic signatures of the different rocks under the ice, scientists have discovered a huge bay the size of the UK formed part of the edge of East Antarctica.

The newly revealed patterns of highly magnetic rocks (shades of red)—and areas where these rocks appear to be missing—led PolarGAP researchers to determine that a large embayment fringes the ancient rocks of East Antarctica. The embayment may have first formed when a huge supercontinent called Rodinia was breaking apart and the vast Pacific Ocean forming.

A paper published in Nature Communications Earth & Environment describes how the team flew over East Antarctica and used airborne sensors to measure changes in the magnetic and gravity signatures produced by the different rocks hidden beneath the ice.