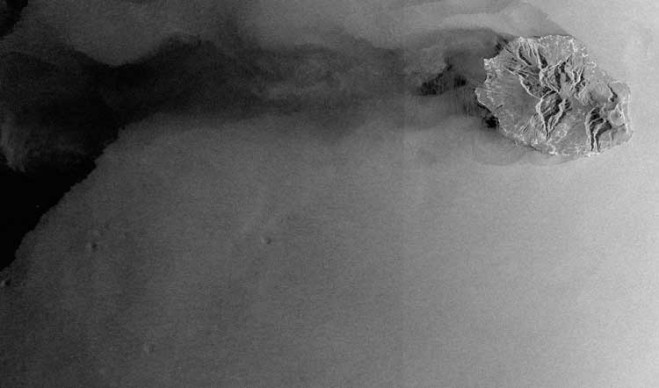 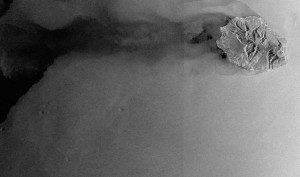 The island of La Reunion, an overseas region of France in the Indian Ocean, was imaged by Sentinel-1A radar on May 31, 2016, and relayed to Earth via laser. (Credit: Copernicus Sentinel data (2016), processed by ESA)

Sentinel-1A, circling the globe at 28,000 kilometers per hour, transmitted the images to the EDRS-A node in geostationary orbit via a laser beam at 600 MB/second. The laser terminal is capable of working at 1.8 GB/second, allowing EDRS to relay up to 50TB per day. EDRS immediately beamed the data down to Europe.

Transfer between the two satellites was fully automated: EDRS connected to Sentinel from more than 35,000 kilometers away, locking on to the laser terminal and holding that link until transmission was completed.