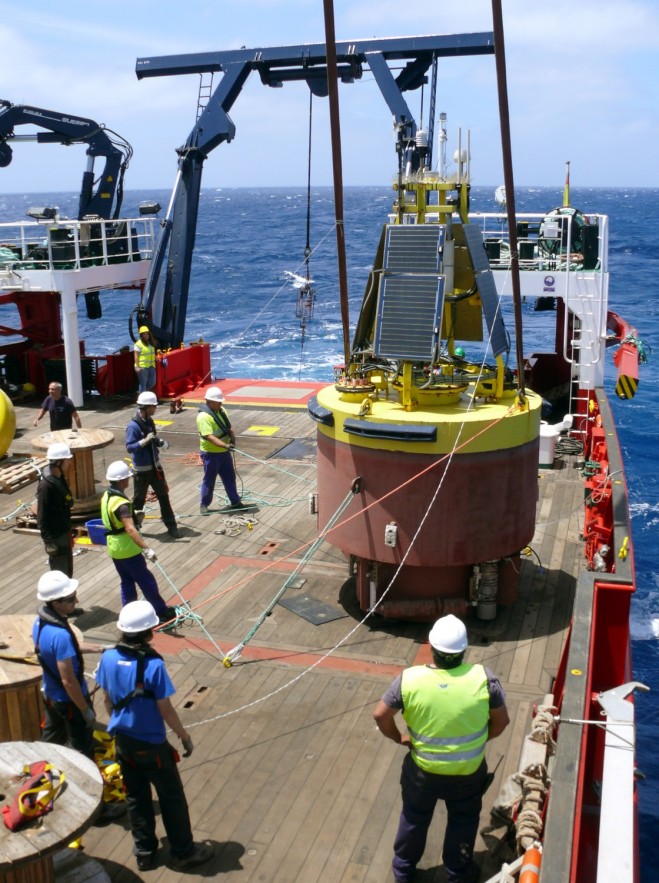 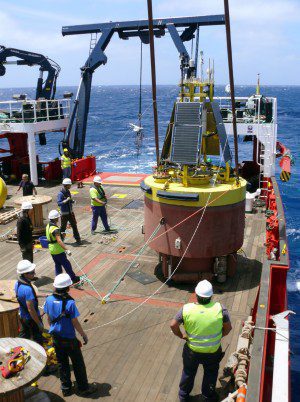 The Oceanic Platform of the Canary Islands (PLOCAN), which coordinates NeXOS, deploys the ESTOC open-ocean observatory. NeXOS sensors will be demonstrated on this reference mooring in 3,670-meter water depths. (Credit: PLOCAN)

Under the auspices of the European Commission’s (EC) 7th Framework Programme, the Ocean of Tomorrow 2013, Associate Professor Joaquín del Rio Fernandez, an expert in the development of “smart” electronic interfaces at the Universitat Politécnica de Catalunya in Barcelona, and a consortium of interdisciplinary experts have begun designing multifunctional “plug-and-play” sensor systems that scientists could deploy on virtually any fixed or mobile platform to monitor the health and productivity of ocean waters surrounding the European continent and beyond.

Called NeXOS—short for next-generation multifunctional web-enabled ocean sensors for a changing ocean—the project also is developing standards and technologies that would allow users to share data and operate the sensors via the Web, creating a complete, end-to-end system that would dramatically reduce the complexity and cost of gathering and disseminating ocean observations—a daunting task given the fact that seas cover 70 percent of Earth’s surface.

Now involving 21 partners in academia and private industry, the project has established the NeXOS architecture and plans to begin testing different prototype optical and acoustic sensors later in 2015. These technology designs will be made available through licensing and open sources by 2017.

Once completed in a couple years, NeXOS is expected to fulfill European policymakers’ goal of developing a sustainable and more integrated capability to monitor the oceans, which regulate the climate and play an integral role to all known sources of life.