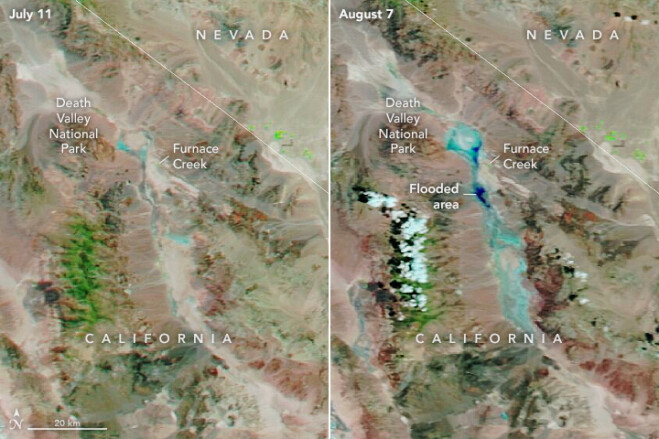 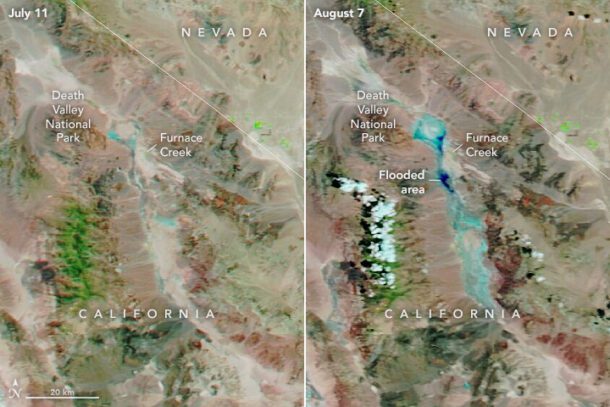 The deluge dropped 1.46 inches (3.7 centimeters), which came close to breaking the single-day record for highest rainfall ever received in the park, which was 1.47 inches in April 1988. It did, however, break the record for the most rain recorded in August, which averages just over a tenth of an inch for the whole month.

By August 6, the flood water had mostly receded, and the stranded visitors were able to exit the park escorted by National Park Service personnel. But extensive mud and gravel deposits still remained, leaving some roads impassable; they were expected to remain closed into mid-August, according to a statement by the Park Service.

Some of the flood water is visible in the false-color image on the right acquired by the Moderate Resolution Imaging Spectroradiometer (MODIS) on NASA’s Terra and Aqua satellites on Aug. 7, 2022. Flood water appears dark blue; saturated soil is light blue; vegetation is bright green; and bare ground is brown.