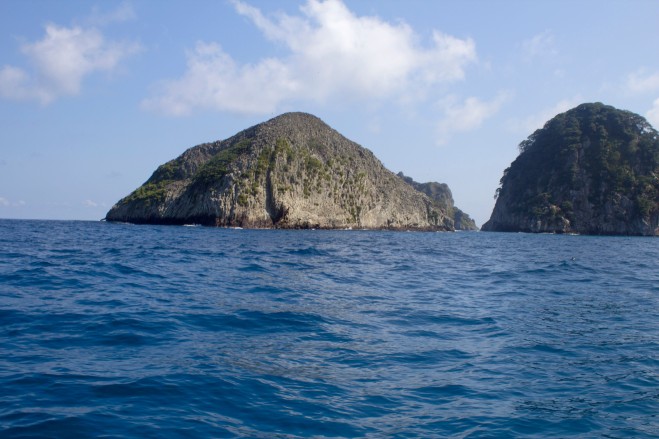 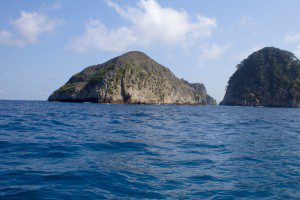 Turtle Island Restoration Network (SeaTurtles.org) partnered with DigitalGlobe’s crowdsourcing platform (Tomnod.com) to create the first crowdsourced digital patrol of the Cocos Island Marine Protected Area to defend one of the Pacific Ocean’s most-vibrant marine-life habitats. Located 340 miles off the Pacific coast of Costa Rica, Cocos Island is home to numerous rare and endangered marine species, and has been subject to illegal fishing practices in its difficult-to-monitor waters.

“We are excited to pioneer the use of Tomnod’s technology to protect a marine reserve from illegal fishing, and usher in a new era of ocean conservation where our seas and endangered marine wildlife can benefit from technology and the power of the crowd,” said Joanna Nasar, director of Communications at Turtle Island Restoration Network. “It is revolutionary.”

Hammerhead sharks, silky sharks, Galapagos sharks, tiger sharks, whale sharks, dolphins, green sea turtles and hawksbill sea turtles regularly visit Cocos Island’s vibrant waters. Many of the marine animals that seek haven at the island are endangered. For instance, Scalloped hammerhead sharks are considered endangered under International Union for the Conservation of Nature and the U.S. Endangered Species Act (ESA), and both species of sea turtles that visit the Island are listed as endangered under the ESA.

“Tomnod has been used to protect animals in Africa from illegal poaching; now we’re glad to partner with Turtle Island Restoration Network to help save the vulnerable marine life around majestic Cocos Island,” said Caitlyn Milton, crowdsourcing manager at Tomnod. “Since the campaign’s launch just two days ago, 5,700 people from 115 countries have contributed by searching satellite imagery for boats.”

Despite the 12-nautical-mile no-take marine protected zone that extends around the island, industrial longline fishing vessels often cross into the protected preserve illegally to target tuna and sharks. Longline fishing consists of setting a main line, sometimes more than 60 miles long with hundreds or thousands of baited hooks, and then indiscriminately catching, harming or killing whatever swims into the line. The results are hundred of thousands of animals that suffer life-threatening injuries and die painful deaths from drowning and internal injuries.

“Illegal fishing is driving sharks and sea turtles toward extinction, and we will do everything we can to end this assault on the very ocean ecosystems that sustain life for humans and all living things,” said Todd Steiner, biologist and executive director of Turtle Island Restoration Network. “The use of satellites as well as unmanned aerial vehicles are just some of the tools that we are planning to utilize.”