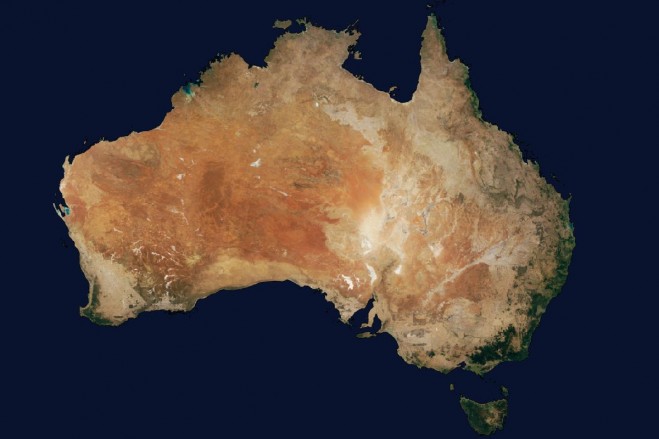 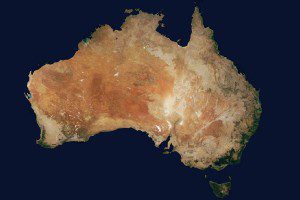 To provide a seamless mosaic of Australia, Landsat 8 scenes were color balanced and radiometrically corrected in PCI Geomatica OrthoEngine prior to mosaicing.

Australian company geoshepherds created a complete Landsat 8 Mosaic (L8M) of Australia, consisting of more than 7.6 million square kilometers of imagery that has been orthorectified, radiometrically color balanced and pansharpened. The imagery used is primarily captured in the dry season to provide a uniform appearance.

The Landsat 8 satellite, launched on Feb. 11, 2013, was built by Orbital Sciences Corp., and is a collaboration between NASA and the U.S. Geological Survey. Its sensors include the Operational Land Imager and the Thermal Infrared Sensor.