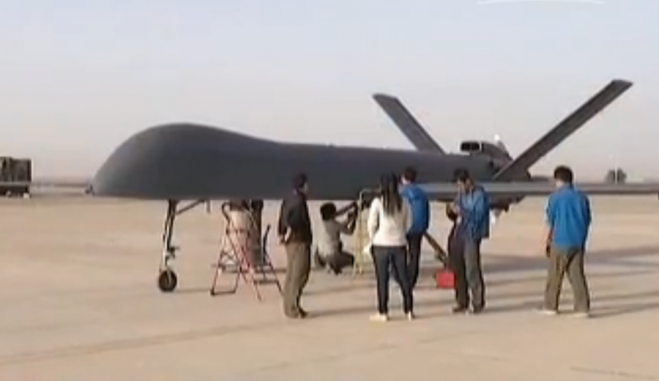 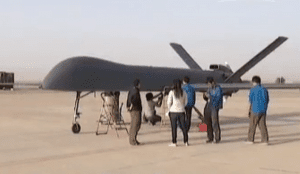 The Rainbow 5 is the latest in a series of UAVs developed by China Aerospace Science and Technology Corp. (Credit: CNTV)

China’s largest, self-developed unmanned aerial vehicle (UAV) made its maiden flight in Gansu province on Aug. 31, 2015. The drone’s first flight lasted about 20 minutes, although it can reportedly stay in the air for more than 30 hours.

The CH-5 UAV has a wingspan of 66 feet and a takeoff weight of about three tons. The drone, also known as Rainbow 5, or Caihong 5, represents China’s entry into the heavyweight drone field, which has so far been dominated by the United States. The CH-5 has a wingspan similar to the U.S. Reaper drone.

The drone’s chief designer, Ou Zhongming of China Aerospace Science and Technology Corp., said the drone’s powerful wall-penetrating radar would change the way military drones are used in counterterrorism missions. Currently, Chinese drones don’t have authorization to open fire on a target until they receive confirmation from ground personnel on targets within those buildings, but the new radar system would allow it to operate with little ground support.

“Terrorists have their hideouts. They can hide in a bush or in a house. That requires us to go through walls and identify the objects inside,” Ou said, according to the South China Morning Post.

China’s civilian drone market is forecast to be worth about 50 billion yuan ($8.2 billion), with more than 400 companies involved.