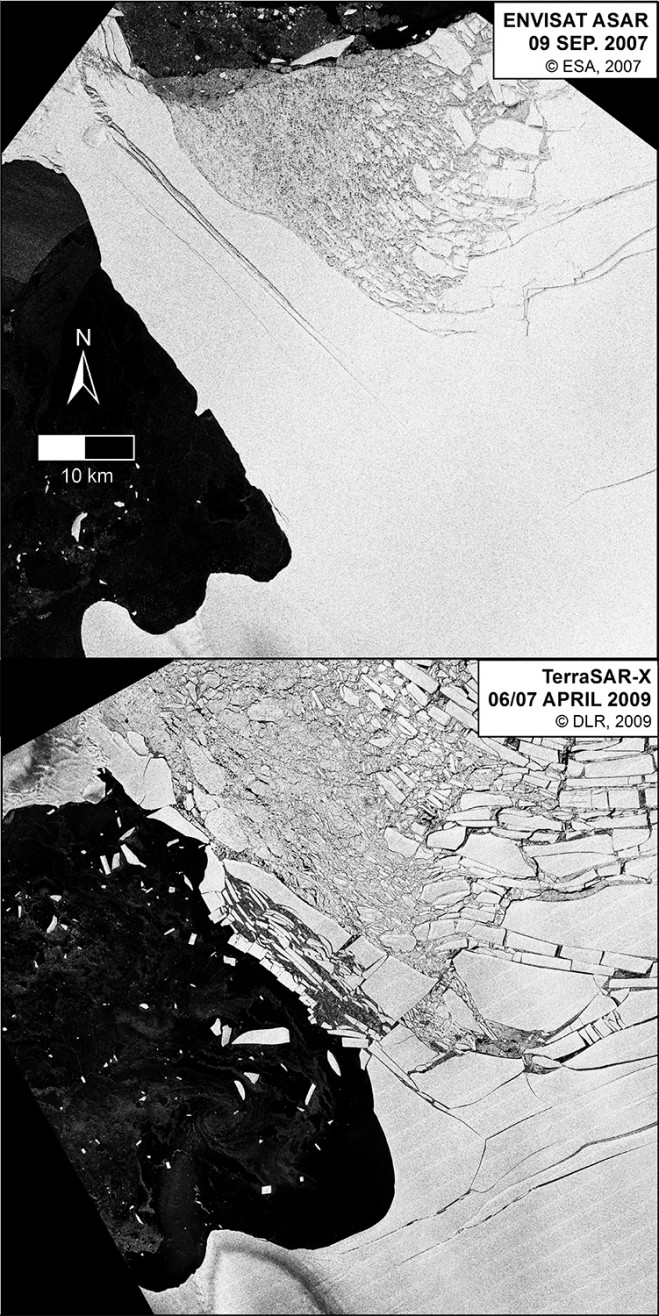 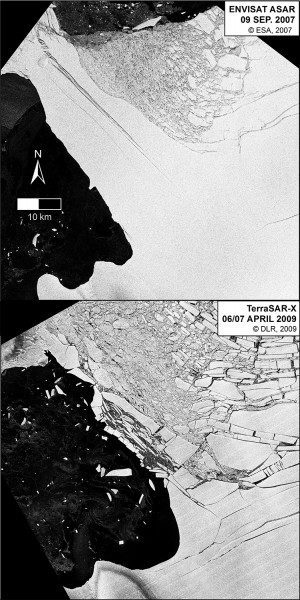 According to a report recently published in Nature Climate Change, satellite data is helping to reveal that there’s a critical point where Antarctica’s huge ice shelves act as a safety band, holding back the ice that flows to the sea. When these shelves are lost, such as when the Larsen B Ice Shelf broke up in 2002, tributary glaciers flowed up to eight times faster.

Scientists from the University of Erlangen-Nuremberg Institute of Geography and from the Laboratoire de Glaciologie et Géophysique de l’Environnement in Grenoble, France, used radar data from satellites and observations of ice thickness from airborne surveys to demonstrate, for the first time, how the buttressing role of the ice shelves is being compromised as the shelves decline.

“Once ice loss through the calving of icebergs goes beyond the passive shelf ice and cuts into the safety band, ice flow towards the ocean will accelerate, which might well entail an elevated contribution to sea-level rise for decades and centuries to come,” explained Johannes Fürst, from the University of Erlangen-Nuremberg’s Institute of Geography.