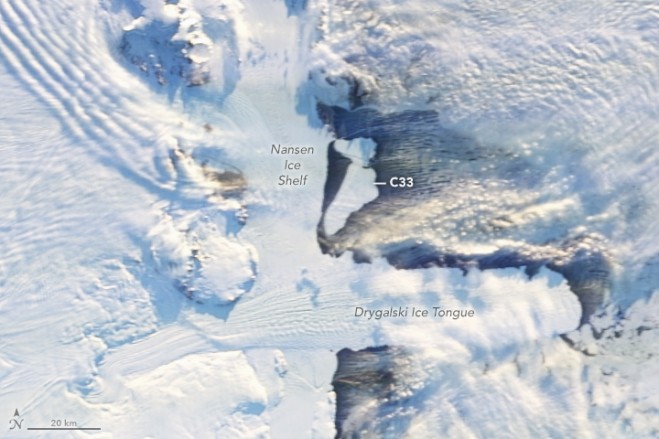 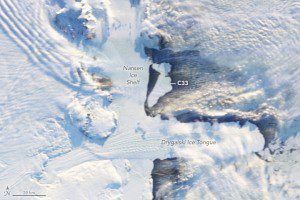 The Nansen Ice Shelf previously measured about 30 kilometers by 50 kilometers. Both icebergs are estimated to be about 250-270 meters thick, but only one of the icebergs is large enough to be named: C33. The shelf’s crack was first observed in 1999, but its growth had accelerated since 2014.

“The area of the fracture was still negligible at the beginning of 2014, but between April 2015 and March 2016 it expanded from 11.68 square kilometers to 25.87 square kilometers, signalling a coming calving,” said Flavio Parmiggiani of Italy’s ISAC-CNR research organization.