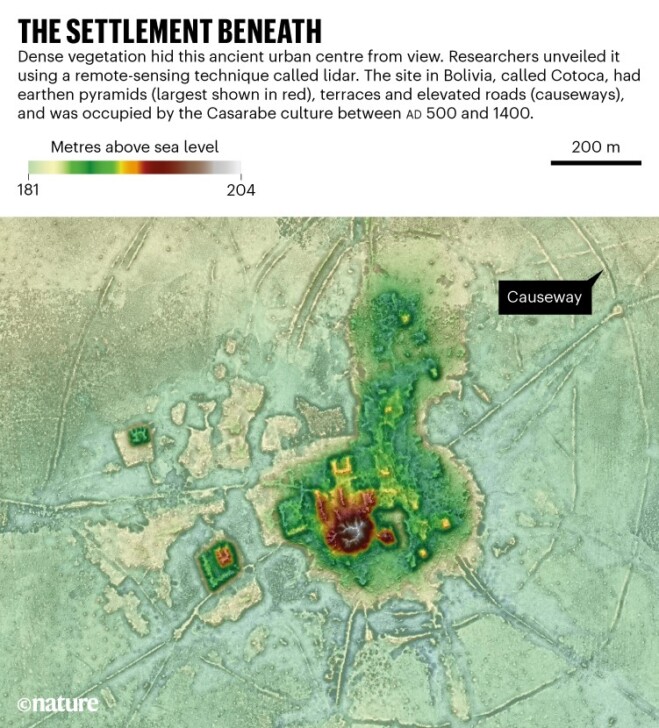 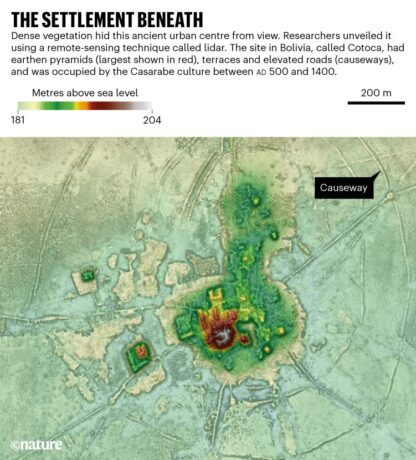 Mysterious mounds in the southwest corner of the Amazon Basin were once the site of ancient urban settlements, scientists have discovered. Using a remote-sensing technology to map the terrain from the air, they found that, starting about 1,500 years ago, ancient Amazonians built and lived in densely populated centers, featuring 22-meter-tall earthen pyramids that were encircled by kilometers of elevated roadways.

The complexity of these settlements is “mind blowing,” says team member Heiko Prümers, an archaeologist at the German Archaeological Institute headquartered in Berlin.

“This is the first clear evidence that there were urban societies in this part of the Amazon Basin,” says Jonas Gregorio de Souza, an archaeologist at the Pompeu Fabra University in Barcelona, Spain. The study adds to a growing body of research indicating that the Amazon—long thought to have been pristine wilderness before the arrival of Europeans—was home to advanced societies well before that. The discovery was published on May 25, 2022, in Nature.