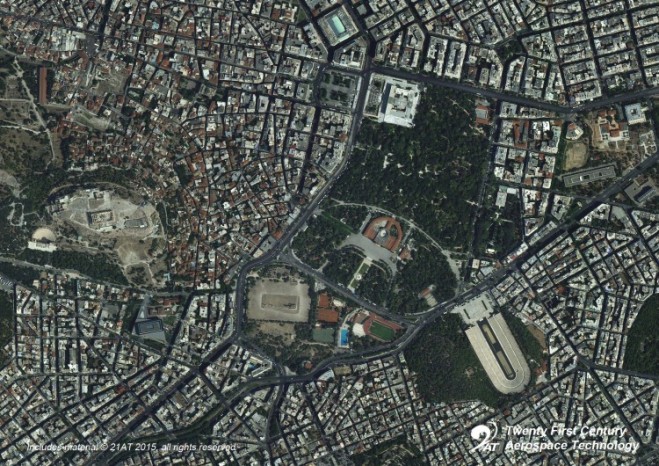 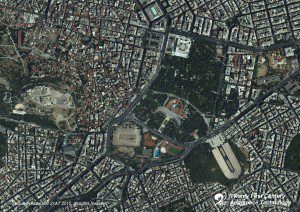 An image from the recently launched TripleSat-2 shows Athens, Greece.

Launched on July 10, 2015, TripleSat-1, 2 and 3 were injected into the same 651-kilometer orbit one quarter of a second apart. All three satellites have been moved using on-board propulsion to their designated orbital positions 33 minutes behind each other. The constellation can target any point on Earth’s surface at least once per day.