We wind down 2011 with our annual look at notable events as seen through the eyes of Earth observation sensors, beginning on page 12. With new sensors and systems being introduced all over the globe, observing the planet is becoming more thorough each year.   In addition to traditional aerial imaging and cutting-edge satellite platforms,

The quest for geospatial intelligence (GEOINT) began with the first skirmishes between rival tribes centuries ago. Today’s warfighter seeks the same edge by having better GEOINT about the enemy than the enemy has about him or her—that hasn’t changed. But the way the modern warfighter collects and uses GEOINT is changing faster than at any

Military Takes Cues from Consumers Call it technology transfer in reverse. The phenomenal growth in the number of smart phones, along with a host of mobile applications and social media’s skyrocketing success, have become too much for the Pentagon to ignore in its quest to deliver the best information to the warfighter as rapidly as possible. The U.S. Army’s 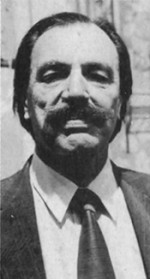