Chinese philosopher and teacher Confucius tells us, “Everything has its beauty, but not everyone sees it.” His sage counsel has taken root in unexpected fashion among thousands of Japanese Kojo Moe enthusiasts”those who have discoveredÂ sublime aesthetic value in the large-scale industrial facilities most of us view asÂ blemishes on the landscape.

Kojo Moe means “factory infatuation,” and according to the Wall Street Journal, there are around 25,000 followers on Mixi alone, essentially Japans's Facebook. They find great beauty in such things as billowing smokestacks and the endless maze of pipes adorning a refinery. Evening boat tours float throngs of factory aficionados past chemical plants and steel mills that glow in the dark. At roughly $50 a head, the tours are booked for months.

To boost tourism, Japan even wants World Heritage Site designations for some of its colossal factories”alongside the Grand Canyon and Great Barrier Reef on the list one day may be a giant liquefied natural gas plant in Kawasaki.

What Would McHarg Say?

Many regard the late Ian McHarg, author, teacher and visionary, as the “father” of the geographic information system (GIS). It's probably safe to say that Kojo Moe is not a movement he would have embraced. As a professor at the University of Pennsylvania, McHarg leveraged hefty grants to assemble a multidisciplinary scientific dream team. The group's goal was to address environmental planning and conservation issues within a framework that includes all of nature as part of the plan.

For the first time, a menagerie of meteorologists, soil scientists, anthropologists and plant ecologists gathered to face environmental challenges from a host of perspectives, tied together by the thread of using geospatial tools and methodologies to solve problems. During a 1997 speech at the Esri International User Conference, the colorful McHarg passionately recalls of those early days, “At last we are capable of actually dealing with the environment because no single person could do it.”

Although McHarg's holistic approach deprecates the manner in which many Kojo Moe sites have been developed, Kojo Moe itself is but a benign fad. Yet, the craze seems to downplay the problem by epitomizing humankind's widespread general apathy toward the environment as we race to industrialize the globe with little understanding and often a willing acceptance of the consequences.

Underscoring the Importance of Earth Observation

In his 1969 book Design with Nature, McHarg wrote the following passage:

“Man, far out in space, looks back to the distant earth, a celestial orb, blue-green oceans, green of verdant land, a celestial fruit. Examination discloses blemishes on the fruit, dispersed circles from which extend dynamic tentacles. The man concludes that these cankers are the works of man and asks”is man but a planetary disease?”

McHarg's remarkable vision has come to fruition. Striking time-series satelliteÂ images spanning decades clearly chronicle the disease he describes, manifested as a steady succession of massive deforestation, collapsing coral reefs, shrinking snowcaps and withering wetlands”all poisoned by progress. The temporal dimension and spectral richness make the imagery indispensable for scientists and researchers. The visual power of the images illuminates the true cost of peeling away at the planet to all of Earth's stakeholders”nearly 7 billion of us and counting.

Moving forward, a record number of nations around the globe have recognized the need for such data to help design a more intelligent future and are planning or building autonomous Earth observation systems. In this issue of Earth Imaging Journal, weÂ present the latest market research, summarizing a host of exciting global EarthÂ observation trends, along with our annual State of the Industry report, which offersÂ a peek into the future of Earth observation by several industry experts. 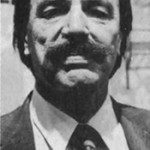 It was popularised in the 1960s with the release of Letraset sheets containing Lorem Ipsum passages, and more recently with desk 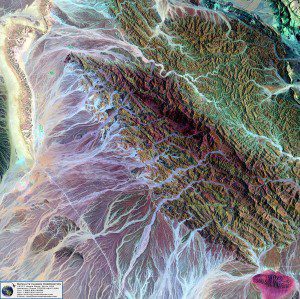 printing and typesetting industry. Lorem Ipsum has been the industry’s standard dummy text ever since the 1500s, when an unknown printer took a galley of type and scrambled it to make a type specimen book. It has survived not only five centuries, but also the leap into electronic typesetting, remaining essentially unchanged. It was popularised in the 1960s with the release of Letraset sheets containing Lorem Ipsum passages, and more recently with desk
Receive our FREE publication and weekly e-mail newsletter.