Tracking Carbon from the Ocean Surface to the Twilight Zone

A seaward journey, supported by both NASA and the National Science Foundation, set sail in the northern Atlantic in early May 2021—the sequel to a complementary expedition, co-funded by NSF, that took place in the northern Pacific in 2018. 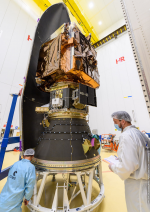 The amount of sea ice around Earth’s poles waxes and wanes with the seasons, melting through spring and summer and growing through fall and winter.

A Canadian archaeologist is using advanced mapping and visualization technologies to bring one of the earliest European settlements in North America back to life.

Although small in comparison to other recent eruptions in Iceland, the event was bright and large enough for NASA and NOAA satellites to observe.

By improving the margins of safety and ease of deployment, geophysicists can now conduct larger regional analysis for geothermal or mineralogical interests.

Mars Rover Perseverance successfully landed on “the Red Planet” on Feb. 18, 2021, and it features a variety of innovative sensors and robotics to carry out its mission. 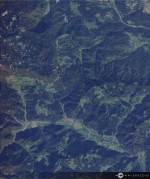