At the Federal Transit Administration, we’re always looking for ways to encourage innovation in transit. New technologies are not just the latest shiny new toys; when tested and demonstrated properly, they can help solve critical issues facing our communities, our nation, and even the world. Our years of work researching low or no-emission buses have

Feb. 29, 2016—Operators of UK transport networks are the first who are set to benefit from Live Land, a satellite-based land monitoring system developed through ESA. Transport operators across the UK face significant challenges in monitoring and detecting landslides and subsidence across their networks. Incidents in the vicinity of roads and railways, resulting from such

July 2, 2015—Seamless, cross-border geospatial information delivered via the European Location Framework is helping to speed up the exchange of safety-related road data. The European Union Location Framework (EULF) Transportation pilot scheme is the first to test the cloud-based infrastructure which is providing access to road information from public authorities in Norway and Sweden. The

Jan. 7, 2015 — Optech is pleased to announce that the latest laser and camera 3D sensing technology will be on display January 11-15, 2015 in booth 760 at the 94th Annual Meeting of the Transportation Research Board (TRB) in Washington D.C. In addition to mobile solutions that capture survey-grade data from roads, rails and 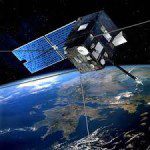 Orbit GeoSpatial Technologies  announces that is has delivered the technological solution for a county wide Mobile Mapping portal. The Orbit Mobile Mapping Publisher will host 24 million 360 degree images as well as pointclouds covering the whole territory. “We’re very happy that the Flemish Government has chosen the Orbit GT solutions to power their county wide