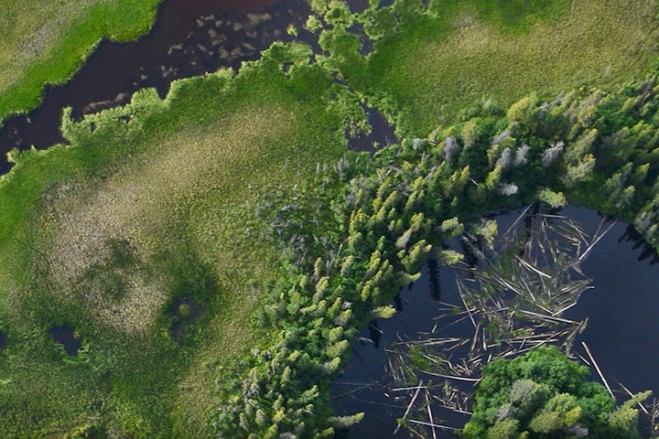 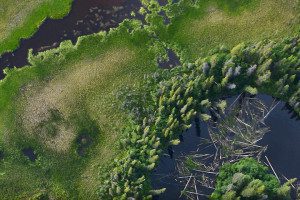 Scour the Web, and you might conclude Earth scientists have learned—and mapped—pretty much everything they possibly could about the world’s forests. But talk to forest experts, and they’ll remind you there’s still plenty more to learn.

“Take Alaska,” said Doug Morton, a scientist based at NASA’s Goddard Space Flight Center in Maryland. “The U.S. Forest Service Inventory and Analysis program—the largest network of forest inventory plots in the world—does not include 450,000 square kilometers (174,000 square miles) of forest in the interior of Alaska simply because it is so difficult to reach.” That’s an area larger than the entire state of California, which is about 404,000 square kilometers.

However, Morton is part of a team of scientists who hope to shed some light on these remote forests. Their current tool of choice: a Piper Cherokee PA-32. During a six-week field campaign this July and August, Morton and colleagues at NASA and the U.S. Forest Service are cruising low over Alaskan forests in the small airplane. The plane has a portable, airborne imaging system, known as G-LiHT, on board.

In addition to capturing detailed aerial photos, G-LiHT is collecting LiDAR, hyperspectral and thermal data that will make it possible for the scientists to pick up on details that aren’t visible to the naked eye. When they get back to their labs and offices, they plan to integrate the new data from G-LiHT with field measurements to make more detailed maps of Alaska’s forests.