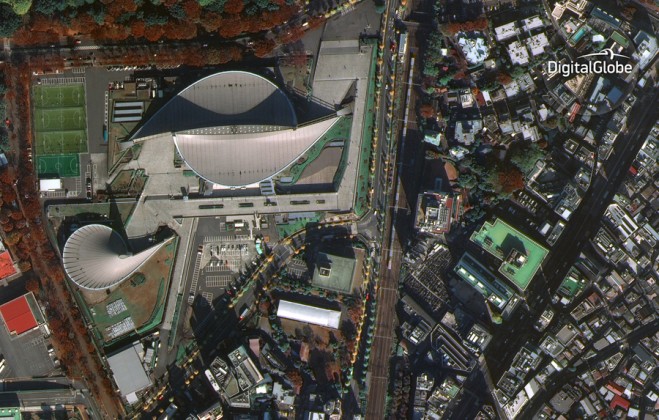 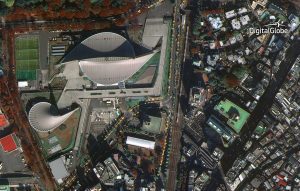 Designed by one of Japan’s most famous modernist architects, Kenzo Tange, the Yoyogi National Gymnasium has been described as a hybridization of western modernist aesthetics and traditional Japanese architecture.

DigitalGlobe released the first public image from its recently launched 30-centimeter-resolution WorldView-4 satellite. Taken on Nov. 26, 2016, the image shows the Yoyogi National Gymnasium in Shibuya, Tokyo, which was built to host Olympic events in 1964 and will again host international competitions when the games return to Tokyo in Summer 2020.

WorldView-4 was built by Lockheed Martin, and its imaging payload was developed by Harris Corp. It was carried to orbit on Nov. 11, 2016, by a United Launch Alliance Atlas V rocket provided by Lockheed Martin Commercial Launch Services.