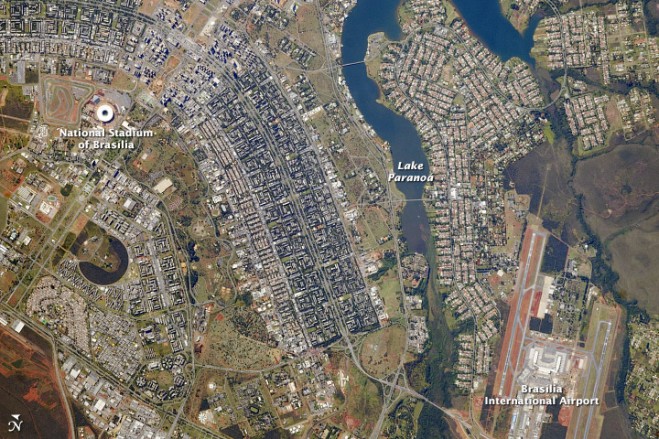 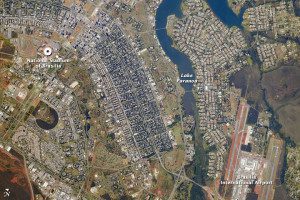 Brazil’s national football stadium, the Estado Nacíonal, lies near the heart of the capital city of Brasília. The roof appears as a brilliant white ring in this photograph taken from the International Space Station. The stadium is one of Brasília’s largest buildings. Renovation began in 2010, and now it is the second-most-expensive stadium in the world after London’s Wembley Stadium.

To accommodate World Cup fans visiting from all over the world, renovations were made to nearly all modes of transportation—particularly airports—in Brasília and other host cities. Brasília’s international airport is visible at lower right of the accompanying image, on the far side of Lake Paranoá.