May 21, 2014
Wildfire Season off to Ferocious Start 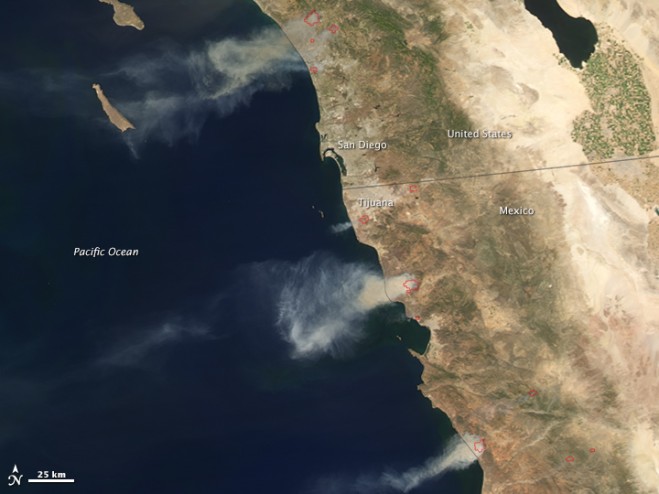 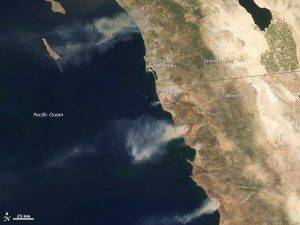 Record-breaking temperatures and powerful Santa Ana winds fueled at least nine fires in southern California and northwestern Mexico between May 14–16, 2014. Cal Fire estimated that by the morning of May 16, more than 19,000 acres (7,700 hectares) had burned, and news reports said that more than 100,000 people were forced to evacuate at various stages of the fires.