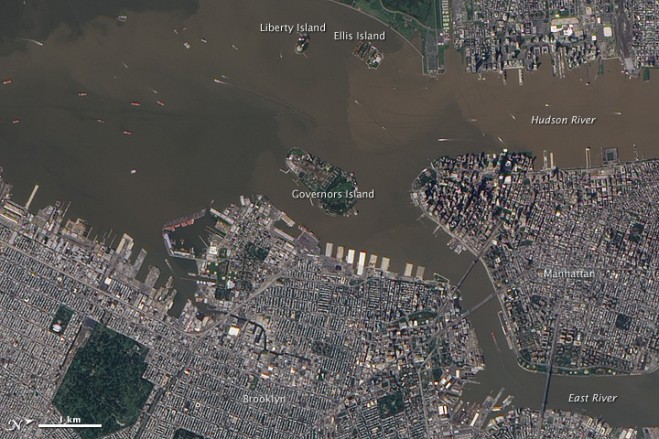 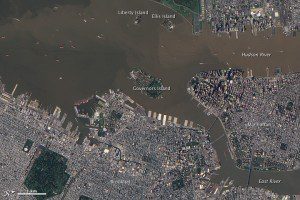 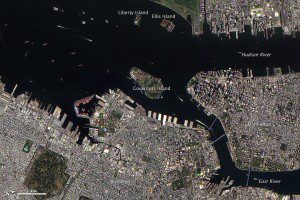 The Advanced Land Imager (ALI) on NASA’s Earth Observing-1 (EO-1) satellite captured these natural-color images of the Hudson River and East River. Both images are rotated, and north is at right. The top image shows the area on Sept. 12, 2011. The bottom image shows the same place about a year earlier, on Sept. 2, 2010. In September 2010, the water is navy blue. One year later, the water is reddish brown, and the hue appears more intense in the Hudson River than in the nearby East River.

Flooding not only raises river levels, but also increases the amount of sediment they carry. Torrential rain eats away at the ground, washing mud and debris into streams. After it is deposited into a river, sediment may sink to the bottom of the riverbed or may flow with the water toward the sea. Multiple rivers feed the Hudson, and some of the sediment winding up in the river in early September 2011 included reddish clays from the Catskills region, according to The New York Times.