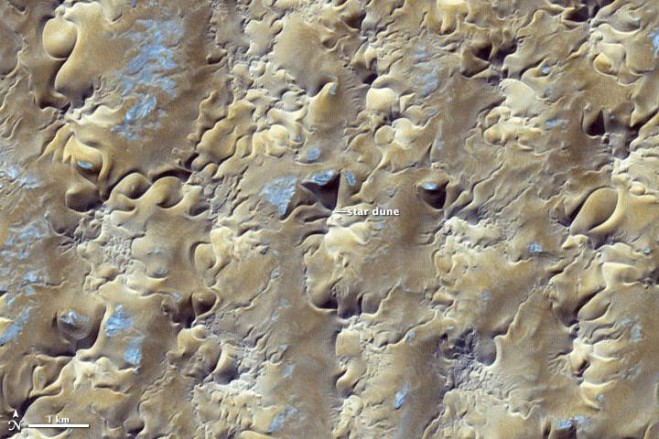 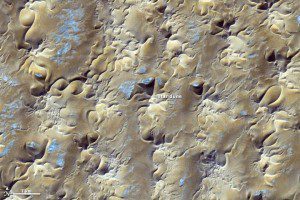 In some areas, winds tend to blow in roughly the same general direction all year—the Grand Erg Oriental, a sprawling sea of sand dunes in the Saharan Desert, isn’t one of them. The winds in northeastern Algeria are complex, swirling in different directions at the same time.

Easterly summer winds shift in the winter, becoming westerly. Meanwhile, passing storms and local geographical features further muddle the picture. If winds came consistently from one direction, crescent-shaped barchan dunes would reign. But the dominant dunes along the southern edge of Grand Erg Oriental are large, pyramid-shaped star dunes, which only form in areas where winds blow from multiple directions.

Star dunes comprise about 8.5 percent of the world’s sand dunes. Other areas they can be found include the Badain Jaran in China, the Gran Desierto de Altar in Mexico and the eastern Rub’ al Khali in the Arabian peninsula.